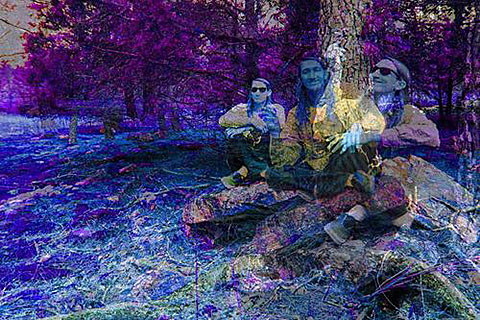 Georgia resident Ben Asbury is just 23 but has been into music for a long time ("I got into punk in the third grade" claims his press release) and now records under the guise Axxa/Abraxas. The band's self-titled debut came out this week (3/4) on Captured Tracks. It was made with Jarvis Taveniere from Woods, and you can definitely hear some of his band in Axxa/Abraxas -- the folky psych-pop and occasional falsetto vocals. It's a nice mellow listen, and you can stream the whole thing (via SPIN) below.

As mentioned briefly, Axxa/Abraxas will be playing Captured Tracks' Northside Festival showcase on June 13 at Warsaw with Beach Fossils, Craft Spells, Juan Wauters, and Donovan Blanc. Tickets for that show go on sale at noon today (3/6). They'll play NYC before that, though, at Baby's All Right on March 21. No openers have been announced yet but tickets are on sale.

All Axxa/Abraxas dates are listed, along with streams, below...