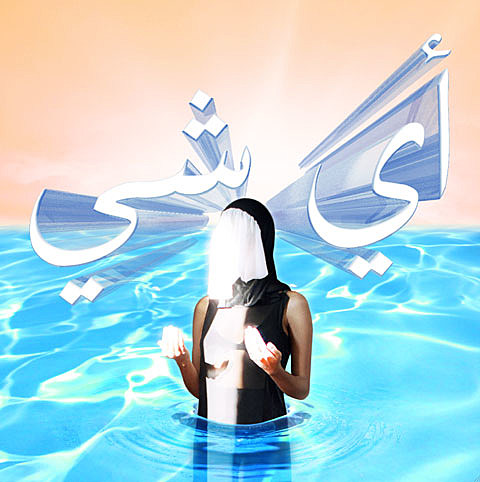 With the upcoming release of her debut EP 'WARN-U', Tri Angle is extremely excited to introduce Ayshay. Born in Senegal, raised in Kuwait and now living in New York City, Fatima Al Qadiri is the producer and vocalist behind Ayshay. Fuelled by her fascination with the sacred songs of Islam 'WARN-U' is a homage and reinterpretation of the sounds that have haunted Al Qadiri since she was a child. Constructed entirely out of her own vocals, which she filtered and layered upon one another 'WARN-U' is Al Qadiri's attempt to reconfigure the concept of 'sacred' music as inspiring divine love and divine fear. Even in her adoption of the name Ayshay, a flippant term which means 'whatever' in Arabic, Fatima Al Qadiri seeks to distance the austere values inherent in worship music from her own interpretation of the latter. [Tri Angle]

Vocalist and electronic artist Ayshay (aka Fatima Al Qadiri) is set to release her debut EP WARN-U on September 26 via Tri Angle as CD/LP/MP3. As quoted above, Ayshay continues to embrace the traditional Islamic music that she grew up surrounded by. Using no more than her own voice, she applies the sounds of the sacred material to an ethereal setting with a subtle beat building in the background. The EP features three original tracks, "WARN-U," "Jemsheed," and "Shaytan." You can watch the video for "WARN-U" below.

The fourth and final track is a 12 minute long 'WARN-U' megamix of the entire EP by Nguzunguzu. You can grab the Nguzunguzu remix of "WARN-U" above, but that's only a small portion of the larger mix that will appear on the EP. While Ayshay focuses more on vocal layerings and drums take a back seat, Nguzunguzu treats the track to some menacing snare-heavy beats. Both takes are awesome in their own right. Compare for yourself below.

Last year, Ayshay made an exclusive mix for DIS Magazine called 'Muslim Trance,' which was an original mix sampling sacred Shi'ite and Sunni vocals. You can stream that mix below.

Ayshay will play Warm Up at PS1 in Long Island City on August 13 with Tri Angle Labelmates Clams Casino, oOoOO, and Water Borders.

Water Borders also have an album coming out on Tri Angle. The label will release Harbored Mantras on October 10 as CD/LP/MP3. Like Ayshay, Water Borders are into some pretty other-wordly sounds. Stream the album's lead track "What Wiwant," which falls somewhere between dark ambient and tribal music, below.

The PS1 show is also part of oOoOO's tour which hits Mercury Lounge two days earlier (8/11) (tickets). Holy Other was originally scheduled for that tour but recently had to drop off. oOoOO has a new video Check it out below. 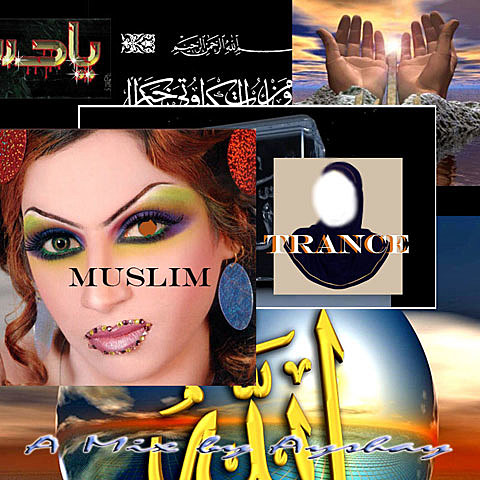 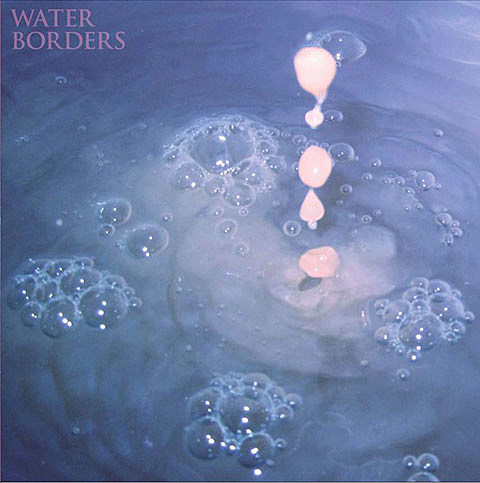