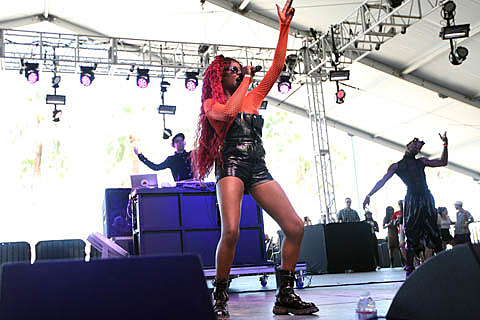 Azealia Banks, who recently canceled a bunch of summer shows due to "recording commitments," has now added more shows to her summer schedule. Most of those are in Europe, but she was just added to the Hot 97 Summer Jam lineup which goes down in East Rutherford, NJ at MetLife Stadium on June 3. The rest of the lineup includes Nicki MInaj, Rick Ross, 2 Chainz, Waka Flocka Flame, Young Jeezy, J. Cole, Wale, and more. Tickets for the fest are available. The full lineup is listed below.

UPDATE: She actually plays the Summer Jam pre-show in the parking lot with the even more impressive lineup of Pusha T, Big K.R.I.T., A$AP Rocky, Schoolboy Q, Kendrick Lamar, and Fred the Godson. Your Summer Jam ticket gets you into the pre-show.

In addition to her fickle live schedule, Azealia Banks continues to move around her schedule of releases as well. As of right now, she's planning to get her delayed 1991 EP out on May 29 digitally and June 12 physically via Interscope. The cover art for that EP is below. She'll follow it with the Fantastic mixtape, which is due out on July 4, and includes her recently dropped track, "Jumanji," which was produced by Hudson Mohawke and Nick Hook. Grab that track above or stream it below. Finally, her debut full length, Broke With Expensive Taste, which is presumably the album she's been working on with Paul Epworth, is due out in September.

In other news, fresh off her feud with Iggy Azalea (who plays SOBs TONIGHT [5/17]), she's taken a stab at Lil Kim, who refused to collaborate with Azealia because Lil Kim wanted to write her own verse. Azealia had written it for her and insisted, "Everybody knows Lil Kim doesn't write her own raps." We already know that Kim's got beef with Nicki Minaj. Azealia, however, seems down with Nicki and would possibly collaborate with her, but thinks she should ditch the "ugly wigs and ugly costumes." Maybe they'll meet up when they both play Summer Jam next month. On the other hand, Azealia Banks has collaborated with Missy Elliot and Rye Rye on a remix of M.I.A.'s "Bad Girls." Look for that soon. 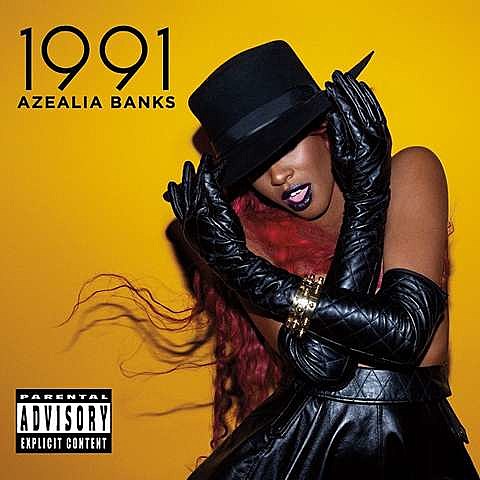