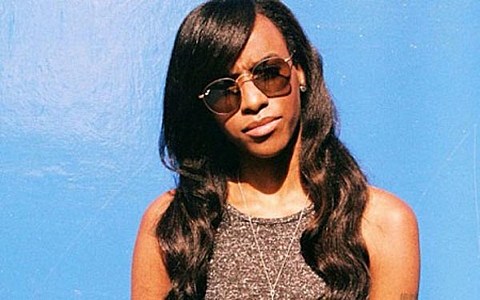 As you may know, Angel Haze and Azealia Banks got in a Twitter fight yesterday (1/3) which resulted in Angel Haze releasing a diss track aimed at Azealia. Azealia Banks responded today with the Machinedrum-produced "No Problems" and tweeted, "Lol I def used that energy to write a fly new jam tho. It's not even really a diss anymore! Haha !!!"

...well Angel Haze thinks it's still a diss because she already responded with a second diss track called "Shut the Fuck Up" and the message, "you get an unmastered diss...you aint worth my studio time." Choice lyric: "How much twitter feed does it take to wanna make you get into the studio and come up with a different flow, not try to recreate '212,' the only shit you know." Damn.

Listen to both tracks below...

Angel Haze - "Shut the Fuck Up"