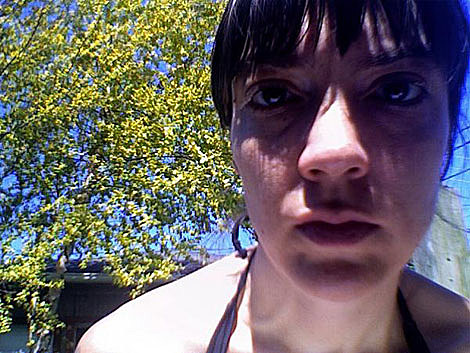 Azita's newish album, How Will You?, is on the high-standard Drag City label, giving it a kind of cachet, of course, but bringing expectations of the left-field, kranky and experimental, which the Iranian-born singer's music/performance art/punk-noise has been in prior incarnations. The new one, however, boasts a full brace of beautifully spare, not-so-ironic, piano-driven paeans to her friends, lovers, time, life and nothing in particular, given the odd little late-Beatles or '70s lite-jazz shades here and there. [LA Weekly]

In the past, Azita, full name Azita Youssefi, was part of Drag City acts like Scissor Girls, Bride of No No and AZ, as well as Will Oldham's touring band. She's currently on tour behind How Will You?, her third LP for Drag City, which came out on February 17th. The MP3 above is from that album.

Azita plays two NYC shows with Wrekmeister Harmonies. The first is Friday, May 15th, when the two acts perform at Bruar Falls, also with Bear in Heaven. The second, Monday, May 18th is at the Mercury Lounge. Tickets for that show are on sale.

Wrekmeister Harmonies is sound artist (and Ace Frehley fan) JR Robinson. Live, he'll be accompanied by "cellist Fred Lonberg-Holm (Wilco, etc.) and guitarist Mark Shippy (US Maple)." The project's first collection, Recordings Made In Public Spaces Volume One, is out now on Atavistic.

More info on Wrekmeister Harmonies' album, which was recorded at museums around the world, with live videos of Azita and all tour dates (with Bruar Falls flyer) below... 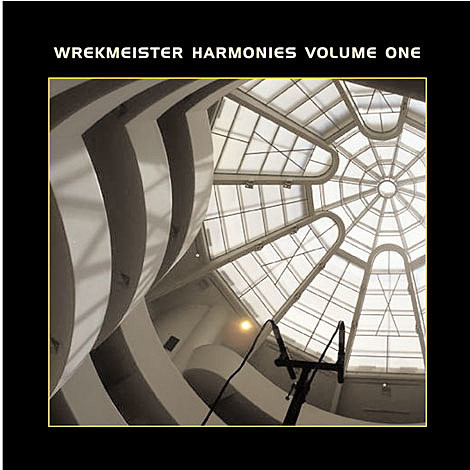 Chicago-based sound artist J.R. Robinson has been creating live, ambient tonefields in museums around the US and Europe over the past two years-including the Andy Warhol Museum in Pittsburgh, the Guggenheim Museum in New York, the Getty Museum in Los Angeles, the Pompidou Center in Paris, and The Art Center Berlin. 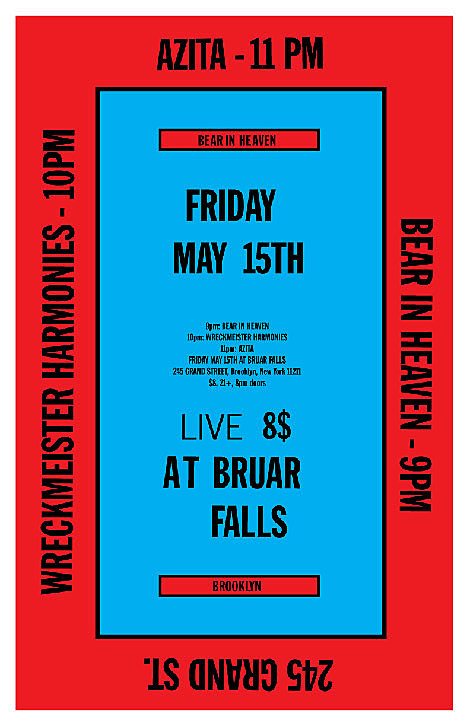