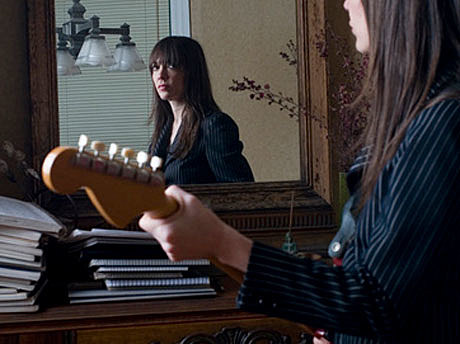 Azita (full name Azita Youssefi) released her new album, Disturbing the Air, on September 20 via Drag City. You can grab the piano-led ballad "September" at the top of this post and purchase the album at the Drag City webstore.

She's kicked off a short US tour in support of the album last night in Baltimore. She plays NYC TONIGHT (12/2) at Secret Project Robot (their new location) with two all-girl bands, Open Ocean and FLOWN, which includes Caroline Reid (ex-Frankie Rose & The Outs). The flier for this show is below. She also plays NYC Saturday night (12/3) at Cake Shop with Mighty Moon, Cruddy, and Mister Melt. All dates are listed below.

The Secret Project Robot schedule also includes a few other interesting shows like tomorrow's (12/3) last Pendu Disco of 2011 with Autre Ne Veut and Black Marble. It also includes the Death by Audio Christmas Party on December 10 with A Place to Bury Strangers, The Immaculates, Evi Antonio, and DJ Edan Wilber.

All Azita dates and show flier below... 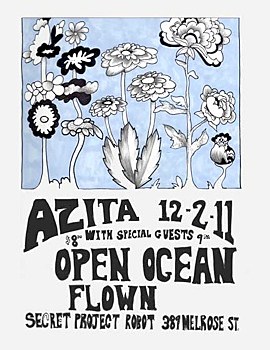