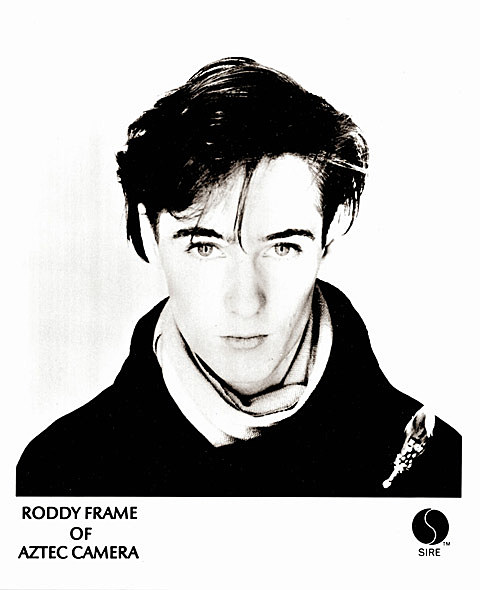 You may remember that amongst this year's Record Store Day exclusives were vinyl reissues of Orange's Juice's '80s Polydor albums You Can't Hide Your Love Forever, Rip it Up, Texas Fever and The Orange Juice. Next year, those will get proper CD and vinyl reissues. No bonus tracks, it doesn't look like, but the vinyl will include the original lyrics sheets and inner sleeves. Those will be out February 4 via Domino Records and more info is here.

In related news, Domino will also on February 4 be reissuing High Land Hard Rain, the 1983 debut from Scottish pop band Aztec Camera. (Who, like OJ, were originally on Postcard Records.) The nom-de-plume of Glaswegian 16-year-old Roddy Frame, Aztec Camera had a gift with melody and heart-on-sleeve lyrics that seemed well beyond Frame's years. Though slightly marred by the syn-drums they made Dave Ruffy play, High Land, Hard Rain is jam-packed with great songs like "Pillar to Post," "Walk Out to Winter," the wistful "We Could Send Letters" and college radio hit "Oblivious." It's a genuine '80s classic.

The album was remastered from the original analogue tapes and comes with a bonus disc with the original Postcard singles, radio sessions and more. The first 400 copies come with a bonus 7" of additional rarities. Tracklist and a cover art below.

Roddy Frame celebrated the 30th anniversary of the album by playing it in full at shows in London, Manchester and Glasgow earlier this month. Some videos from those shows are below, along with a couple classic music videos as well. 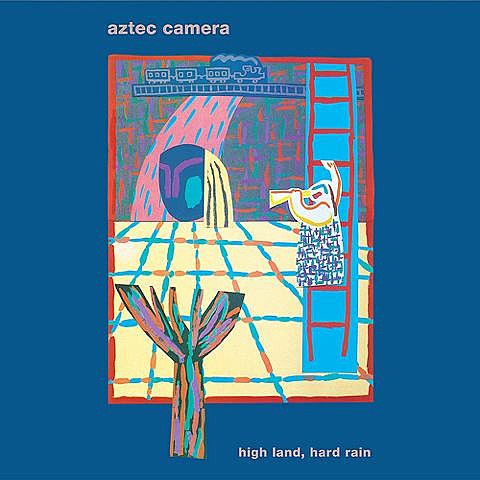 Aztec Camera - High Land, Hard Rain reissue tracklist:
CD 1/LP
Oblivious
The Boy Wonders
Walk Out to Winter
The Bugle Sounds Again
We Could Send Letters
Pillar to Post
Release
Lost Outside the Tunnel
Back on Board
Down the Dip
CD 2/LP Download

Aztec Camera - Walk Out to Winter