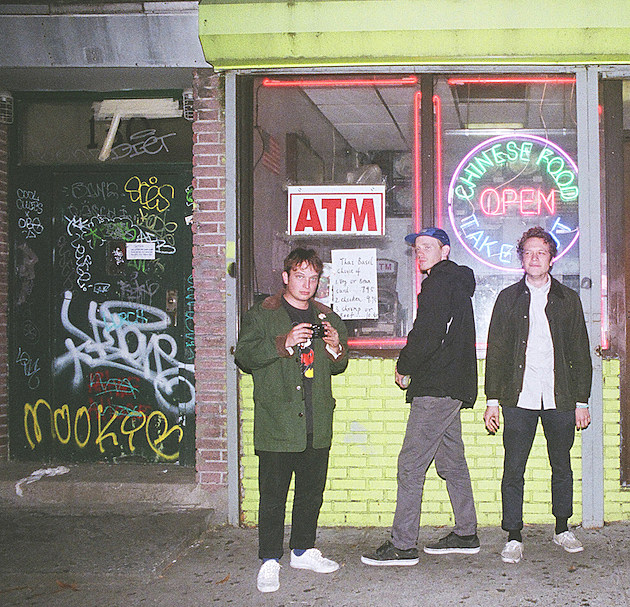 Brooklyn trio B Boys have been around for about two years and, though their name may have some of us thinking about the early days of hip hop, the group actually make mutant guitar pop with a punky, arty bent. It's pretty hard to talk about B Boys sound without bringing up Wire who, to these ears, seem like the main influence. (Chairs Missing
in particular.) Their debut EP, No Worry No Mind, will be out March 18 via Captured Tracks and you can stream "Get A Grip" from the EP, and an early version of "Other Head," below.

You may have caught B Boys on Sunday night (1/24) when they opened for Milk n' Cookies and EZTV at Baby's All Right. They've got two more shows this week, both of which are with Florida's Soda (who have an EP on Dull Tools). The first is Wednesday at Baby's All Right which is the "secret show" and is sold out, though the headliner hasn't been announced. They also play Thursday (1/28) at Alphaville with Kaleidoscope on the bill too ($8 at the door). Flyer for Alphaville show is below. 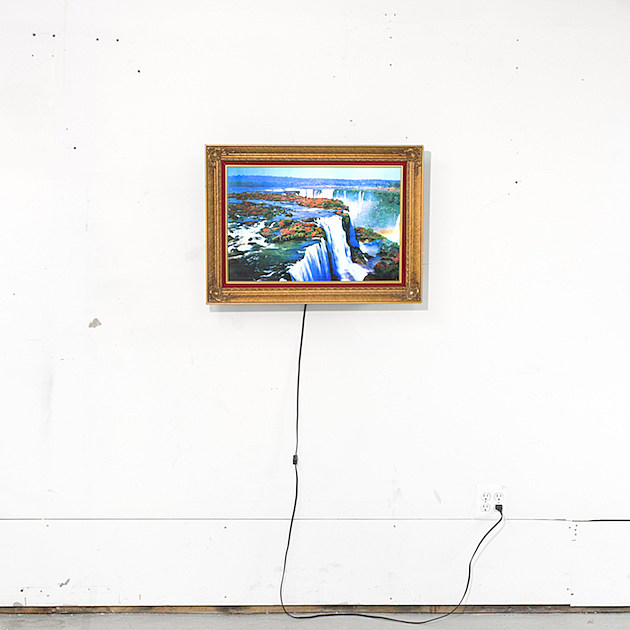 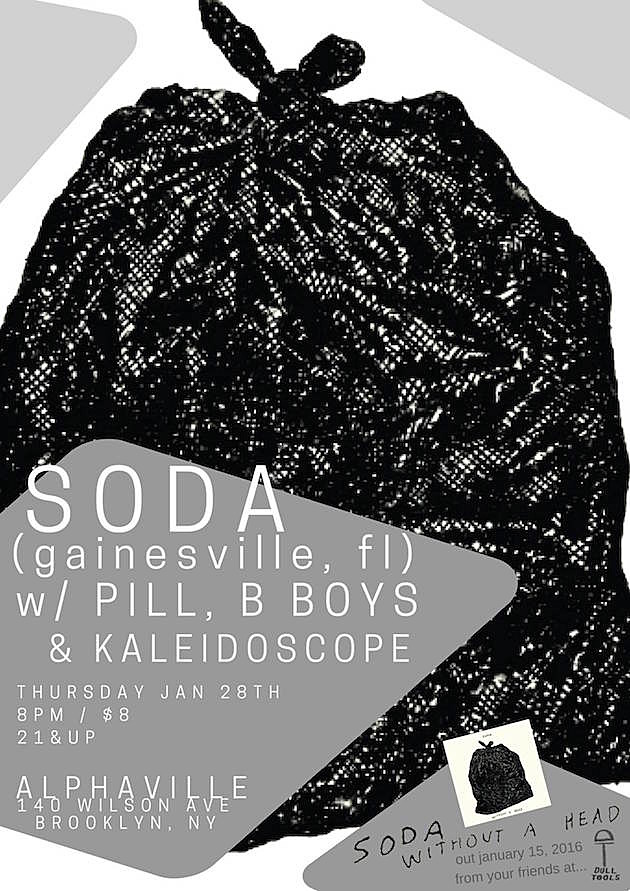