DOWNLOAD: B. Fleischmann - I'm Not Ready for the Grave Yet (MP3) 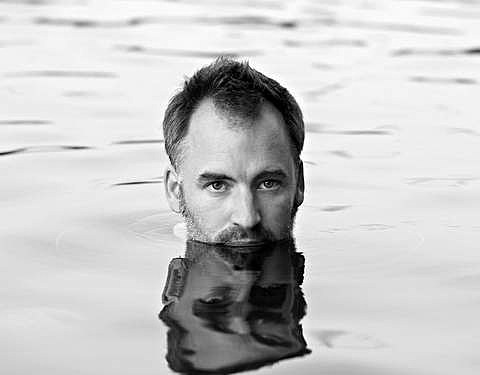 Long-running Austrian electronic artist B. Fleischmann is playing Knitting Factory tonight (9/13), a late show with doors at 11:59PM and advance tickets are available. He's in NYC for the Austrian Cultural Forum's Moving Sounds Festival where he'll perform a 60-minute commissioned work on Saturday (9/15) (11 E. 52nd St.). It's a free show but you do need to RSVP online. More on the fest further down this post.

Having made music since the late '90s, B. Fleischmann has long been associated with Berlin label Morr Music that specializes in downtempo, often glitchy, sometimes shoegazy analog-meets-electronics sounds. (The Notwist, Lali Puna and American Analog Set have all had records out on Morr.) B. Fleischmann's 2000 album, A Choir of Empty Beds, is an early '00s gem and he's continued to make records including I'm Not Ready for the Grave Yet which will be released on Morr in the U.S. on November 6. You can download the title track at the top of this post and stream it below.

As mentioned above, B. Fleischmann is here as part of the three-day (9/13 - 9/15) Austrian Cultural Forum's Moving Sounds Festival which "features emerging and pioneering artists who focus on electronically generated music, and those who are at the interface of classically instrumented and electronic music." Now in its fourth year, the festival begins tonight (9/13, 6 PM) with the Mivos Quartet at the German Consulate General. (871 United Nations Plaza). Like all the events at the festival, this is free but RSVP is required.

Also tonight (8 PM) is a lecture with Christian Meyer -- Director of the Arnold Schönberg Center in Vienna -- about Schoenberg and the idea of the avant-garde, plus a performance by Flugelhorn Grand Maste Franz Hackl. This takes place at the Austrian Cultural Forum and you can RSVP here.

The full schedule for the Moving Sounds Festival is below, along with the B. Fleischmann song stream.