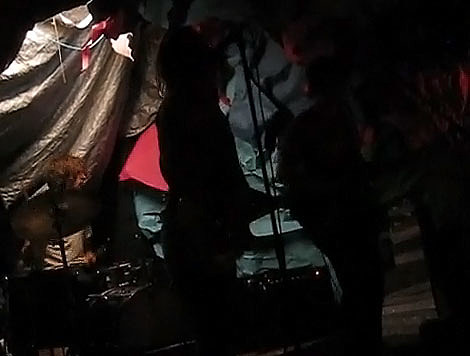 Babies played the Woodsist Fest afterparty at Market Hotel on Saturday night (the 4th of July). Check out a video Bill took at their show, below...

It was a weekend full of new Woodsist/Captured Tracks super-groups. Earlier that day, the Dum Dum Girls played their first show at the fest. One day earlier The Mayfair Set played the fest in Market Hotel.