DOWNLOAD: Little Annie - It Was A Very Good Year (MP3)
DOWNLOAD: Baby Dee - The Only Bones that Show (MP3) 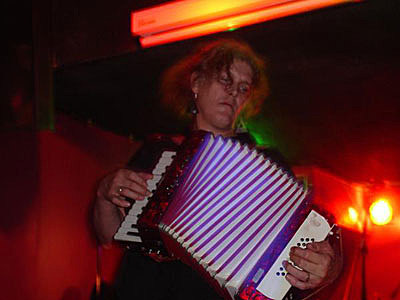 I just realized that the Little Annie & Baby Dee show is tonight at Joe's Pub. Of course the show starts in 2 hours, so you probably won't go if you're reading this, but I thought I would finally stop procrastinating and mention it (and them) at least anyway. 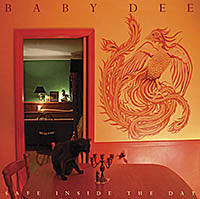 "Baby Dee is an internationally traveled singer, pianist, harpist, songwriter and performer. Dee claimed New York City as home for decades, but now resides in her hometown of Cleveland, OH." I think it was Baby Dee's connection to Antony that first led me to her, and I was definitely excited when I first found out that Drag City was putting out her new album. Then I was even more excited when I found out who else was involved...

Produced by Will Oldham and Matt Sweeney (who also perform on the record), Safe Inside the Day is a record with that blends the Old World with new pop sensibilities. She is also helped by contributions from Andrew WK, Robbie Lee, Max Moston (Antony and the Johnsons), William Breeze (Psychic TV), John Contreras (Current 93), James Lo (Chavez) and Lia Kessel.

The record comes out January 22nd. I have a copy, and while certainly not bad, it unfortunately hasn't excited me to the levels the description first did. I'm not done giving it a chance though, and I'm upset that instead of seeing the show tonight, I'm just typing about it.

Little Annie is also connected to Antony - he produced her last album called Songs From the Coalmine Canary which featured the song "Strange Love" which was used in a Levi's commercial and went on to win "Best Use of Music in Advertising" at the 2006 Cannes Film Festival. And like Baby Dee, Little Annie also has a new album coming out (Feb. 2008). It's a partnership with Paul Wallfisch called When Good Things Happen to Bad Pianos - described as a "cycle of songs by Frank Sinatra, Leon Russell, Tina Turner, Jacques Brel, Candi Staton, Michael Legrand and U2." Annie & Paul will also be touring together in 2008.