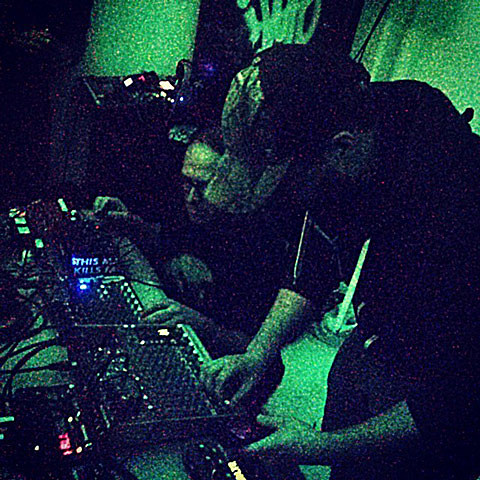 The videogame design collective Babycastles, whose DIY arcade games you may have played at the old Silent Barn or Death by Audio, have opened a gallery at 137 West 14th St in Manhattan. In addition to functioning as an interactive art gallery -- the current installation, "Assalamualaikum Babycastles," explores a "'Muslim lived expeience,' through the embedded narratives of independent, contemporary video games" -- the space is hosting shows.

The Chondritic Sound tour with Hive Mind, Redrot, Scant and more rolled through on Wednesday. Thursday night, the space hosted a number of electronic acts including Dadras, Alarke ("electronic wondercore") and Justin Hood and OG Van B Boys. A couple of weeks back, Bastard Noise and Anthony Saunders played the space.

In May, Ratking performed as part of a weeklong exhibition exploring underground NYC through video games and hip hop that doubled as a celebration of the release of Ratking's new album and the opening of the space. No further concerts are on the Babycastles schedule as of now, but good to see a space hosting experimental shows in Manhattan. Watch video from that fairly rowdy Ratking performance below.