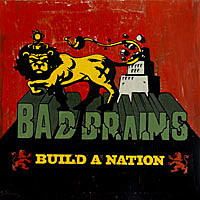 Bad Brains are playing The School of Rock Festival in Asbury Park, NJ today (June 24). Tomorrow is their sold out NYC concert cruise aboard The Temptress. I rode the Temptress just this past Friday for the also-sold-out Weakerthans show which also the first show of the Rocks Off season. Not only were the Weakerthans great - so was the weather and the view. Here are two pictures I took off the side of the boat: 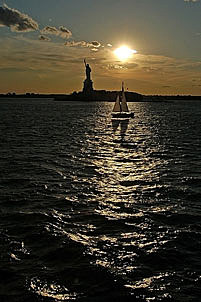 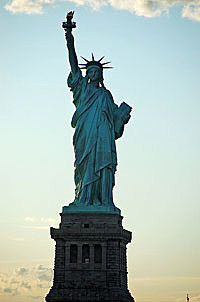 Do you want to see Bad Brains on the boat on Monday (June 25), but don't have tickets? Now you have one more chance. I have one pair of tickets to give away, and I'm going to split that pair in half - so instead of one prize, I now have two. To win one of these two tickets Email BVCONTESTS@HOTMAIL.COM (subject: Bad Brains), and let me know your favorite album of 2007 so far. Include your first and last name for guestlist. Two winners will be picked at random, and contacted. Contest ends Monday at noon - seven hours before the voyage starts boarding.

Build a Nation tracklist
1. Give Thanks And Praises
2. Jah People Make The World Go Round
3. Pure Love
4. Natty Dreadlocks 'Pon The Mountain Top
5. Build A Nation
6. Expand Your Soul
7. Jah Love
8. Let There Be Angels (Just Like You)
9. Universal Peace
10. Roll On
11. Until Kingdom Comes
12. In The Beginning
13. Send You No More Flowers
14. Peace Be Unto Thee