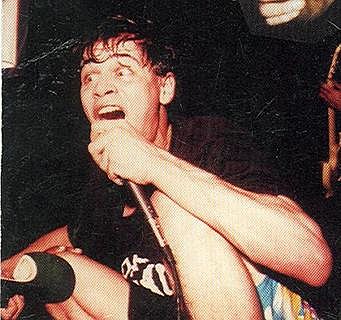 Openers have been announced for the two Bad Brains shows @ CBGB:

Leeway are back, and in addition to the Bad Brains (who they toured with in 1989) shows, they're confirmed, along with Killing Time, Doomsday Device (OBHC) and District 9, for the annual 'Superbowl of Hardcore' which may or may not happen at Roseland Ballroom in NYC, during or after, the last week in March (2006).

In related news, Feb 25th openers Bedouin Soundclash are a popular Toronto "reggae-pop-punk trio" who have ties to Bad Brains, and "American Hardcore" is a new documentary about 1980-1986 punk and hardcore that features Black Flag, Minor Threat, and Bad Brains. It's premiering at Sundance.

And since now we're talking about Black Flag, tickets are about to be on sale for February Henry Rollins spoken word shows at Town Hall in NYC and The Electric Factory in Philly.