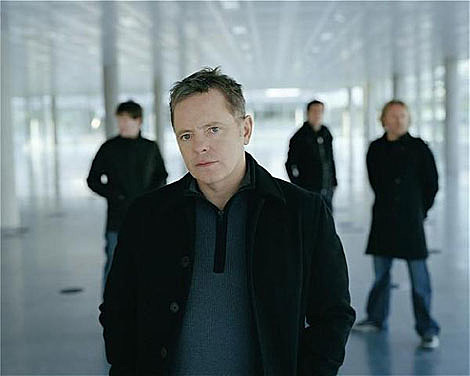 After canceling their four US shows last November because of visa issues, Bad Lieutenant aimed to reschedule for the spring. They've confirmed those dates, one of which is at Coachella. Another is NYC's Webster Hall, the last of their four stateside shows, on Wednesday, April 21st. Tickets go on sale Friday, February 12th.

The shows will be the band's first in the United States. Their debut album, Never Cry Another Tear, came out last October on Original Signal Recordings.

The core members of Bad Lieutenant - Sumner, Cunningham, and Evans - will be joined on these dates by former Joy Division/New Order drummer Stephen Morris (who also played on the new album) and bassist Tom Chapman. According to Sumner, "The bulk of the set will be Bad Lieutenant songs, but we'll also play some songs from my past, some New Order songs, some Joy Division, and a few other surprises."