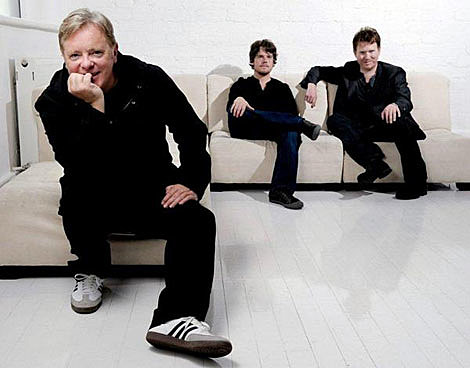 Bad Lieutenant, the band Bernard Sumner formed after New Order officially split three years ago, will make their New York debut at Webster Hall on November 21 -- tickets are on American Express pre-sale Wednesday, with general sale starting Friday (10/9). And according to Sumner in a Rolling Stone interview, Bad Lieutenant will also open for all four of Pixies' Doolittle shows at Hammerstein Ballroom that same week, though there has yet to be any official confirmation.

The band's debut album, Never Cry Another Tear, is out this week digitally and will be available in physical form next week. The line-up includes guitarists Phil Cunningham, who replaced founding member Gillian Gilbert in 2001, and Jake Evans who sings lead on a few of Never Cry Another Tear's songs. Live, Bad Lieutenant also features New Order drummer Stephen Morris, with Thom Chapman on bass. Sumner talked to Pitchfork about the new group:

Pitchfork: You've worked with a lot of respected artists in the past, so for this project why did you decide to collaborate with a newcomer, Jake Evans?

BS: Mainly, I wanted to work with someone I got on with. I came across Jake when we were at a friend's birthday party and he just got up and sang "Heart of Gold" by Neil Young. I thought, "He's got a lot of guts to do that." I got him a gig supporting New Order and was impressed by what I saw. So when we started working on the Bad Lieutenant sessions, I remembered him. Along with ability, personality is important, and I liked Jake because he wasn't too serious. If you start off writing an album with a band the reality is that you're constantly in each other's company so it's really important that you get on with each other.

Pitchfork: Do you think that factor has become even more important to you considering your recent rifts with Peter Hook about the breakup of New Order?

BS: Yeah, I didn't want to get into the situation where I was going to have to argue my case on every decision. You've all got this talk about great tension within a band-- like with John Lennon and Paul McCartney-- but it's bullshit really; you've all got to be pushing in the right direction. If your car breaks down and one person tries to push it the opposite direction to everyone else, what's that going to achieve?

Pitchfork: Now that New Order is ostensibly a thing of the past, is that liberating for you?

BS: It's very liberating. I always felt like there were always egos involved when I was trying to get music finished in New Order. Sometimes it would feel like I was running through water.

Perhaps unsurprisingly, Never Cry Another Tear sounds a lot like '00s New Order... but without Peter Hook's signature melodic basslines. You may find yourself, like I did, making up your own Hook basslines while listening to it. While you have to give Sumner credit for not having the new bassist "play like Hooky," Bad Lieutenant are catchy but rather uninspired if you ask me.

The Bad Lieutenant live show, however, might prove a little more interesting longtime Sumner fans. In that same interview with Rolling Stone, Sumner said Bad Lieutenant would play songs from every era of his career -- Joy Division, New Order, Electronic (his side project with Johnny Marr), and even songs Sumner performed with The Chemical Brothers. Electronic only ever played a handful of shows early in their career (opening for Depeche Mode if memory serves) so it would be kind of cool to hear "Idiot Country," "Get the Message" and "Vivid."

For those who miss the dancey side of Sumner's music, he's also working on an album with Stuart Price -- aka Jacques Lu Cont of Les Rhythms Digitales and Zoot Woman, who has produced Madonna and The Killers -- a promising collaboration.

Meanwhile, Peter Hook's got his own new project, Freebass, which is a bass supergroup with Mani of Stone Roses and Andy Rourke of The Smiths. According to a recent MySpace bulletin, Freebass has finished mixing their debut album that features contributions from Bobby Gillespie, Liam Gallagher, Billy Corgan, Ian Brown, Rowetta, Tim Burgess and infamous drug smuggler Howard Marks who apparently raps on one song, which should be interesting. 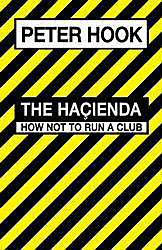 Hook's also written a book which is out this week in the UK. The Hacienda: How Not to Run a Club which is an account of the rise and fall of the infamous Manchester club New Order owned with Factory Records honcho Tony Wilson from 1982 - 1997.

Peter Hook - Hacienda, How Not to Run a Club