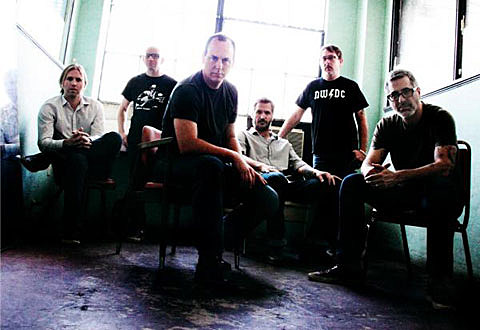 Night 1 (10/20) - From How Can Hell Be Any Worse to No Control:
On this night a selection of songs focusing on the first decade of the band will be played. A great cross section of songs that introduced the world to Bad Religion. This will also include an evening of hits and new songs.

All three shows will be opened by The Aggrolites & Off With Their Heads. Thinking the third night won't be too popular. Tickets go on presale Wed 8/25 at 10AM, and go on general sale Saturday (8/28) at noon for all three shows (10/20 tickets, 10/26, 10/27) or you can buy a VIP three-day pass! ("Includes ticket to all 3 nights, front of the line access, exclusive poster created for this event and a photo with the band on October 26th")

Updated tour dates, and some videos below...