Baio at LPR in 2013 (more by Jonathan Bernstein) 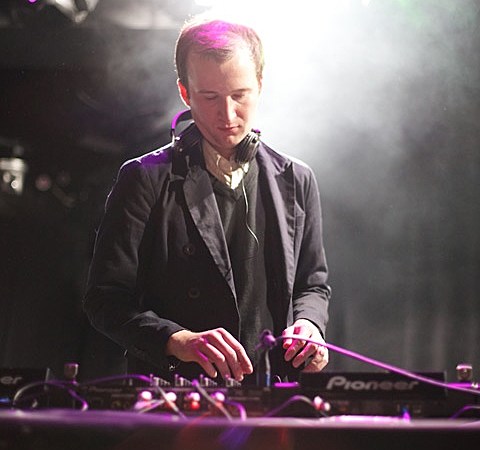 Vampire Weekend's Chris Baio, who is a solo artist as just Baio, has been on a short DJ tour this month which wraps up this weekend. All remaining dates are listed below, including the NYC show happening on Saturday (2/8) at Cameo with Headband & Hooligan and Griffin Camper. Tickets for that show are on sale now.

We just caught Broken Bells at Baby's All Right (pics), which they played before appearing on the Late Show with David Letterman for Beatles Week, in honor of the 50th anniversary of The Beatles coming go the US. They covered "And I Love Her," and you can watch the video of that below.

Last night (2/6), Letterman had The Flaming Lips and Sean Lennon, who covered "Lucy in the Sky with Diamonds," and the video of that can be watched below as well. Flaming Lips also just played the Amnesty concert and singer Wayne Coyne is about to kick off his solo tour of record stores with NYC in-stores at Other Music on Saturday (2/8) at 11 Am and Rough Trade at 4 PM the same day.

For more Beatles celebration, read our interview with Julian Lennon.

All Baio dates and streams, Broken Bells and Flaming Lips videos, below...

Broken Bells - "And I Love Her" on 'Letterman'