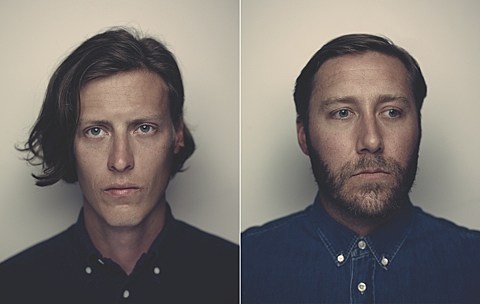 Post-rock collective Balmorhea are reissuing their self-released 2007 self-titled debut on October 14 via Western Vinyl, and they'll be scaling down to their original duo formation of Michael Muller and Rob Lowe for a European tour and US one-offs in Austin and Brooklyn. The Brooklyn show happens October 28 at The Green Building (452 Union St) with their labelmate Christopher Tignor. Tickets are on sale now. All dates are listed below.

In addition to the reissue, Balmorhea also have a 7" of two new full-band songs, "Heir I" and "Heir II," and there's a few commissioned remixes for the songs including one by Brainfeeder associate Matthewdavid. Matthewdavid's twist on "Heir I" premieres in this post and can be streamed, along with streams of both original tracks, below.

Matthewdavid also has a few of his own shows coming up this month, including one in NYC at Death by Audio on October 7 with local rap eccentric Cities Aviv. It's not only one of the last chances to get to DbA before it closes in November, but also a rare chance to see to see a hip hop-oriented show at that venue (Matthewdavid's new album is pretty rap/R&B-ish). Also on the bill is Trabajo and The Lark Kidder Band.

All of his dates, all Balmorhea dates, and the new remix, below...