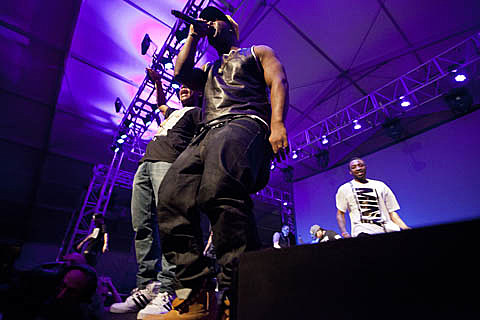 As mentioned, the Bamboozle festival goes down in Asbury Park this weekend (May 18-20). The festival, which has a continuing history of booking some of the lamest pop punk bands around, like Boys Like Girls, The All American Rejects, and Never Shout Never, has a few interesting/odd inclusions this year. For one, Bon Jovi is one of the headliners. Not only could they probably sell out an Asbury Park show without the rest of the Bamboozle lineup, but do any pop punkers want to see them anyway? Or did mom just need somewhere to be while her kids were seeing The Maine?

The other two headliners don't exactly fit the Bamboozle stereotype either: brostep tycoon Skrillex and grunge torchbearers Foo Fighters. But what's most interesting to us is within this odd mix of mall punk and Grammy Awards Winners, there's actually a handful of acts that we'd love to see, including many of our favorite new rappers, and some emo/pop punk forefathers that knew the difference between throwing a little melody into their punk and straightening their hair. If you do plan on making the trek to NJ this weekend, here's some recommendations of who to check out at the fest:

On Friday (5/18), bounce music party-starter Big Freedia, former Odd Future member Casey Veggies (who actually deserves to exist without that prefix), and Kreayshawn play the Beach Party Stage. Meanwhile, Anamanaguchi will be at the Temple of Boozle Stage. You can also catch Big Freedia in NYC on Thursday (5/17) at Santos before Bamboozle. Tickets are still available.

On Saturday (5/19), the Zumiez Stage will be graced by '90s greats Hot Water Music (who play Gramercy on 5/21-22) and The Promise Ring (who play Irving on 5/20). You can also catch some solid hip hop sets at the Beach Party Stage from A$AP Rocky, Action Bronson, Mr. Muthafuckin' eXquire and Iggy Azalea (who plays SOBs on Thursday (5/17)). Blink-182 were also supposed to play on Saturday but they had to cancel their May dates due to illness and were replaced by My Chemical Romance.

On Sunday (5/20), fellow Jersey punks The Gaslight Anthem (who will preview new material at their sold out MHOW show TONIGHT (5/16)) and The Bouncing Souls (who celebrate their new record at Webster Hall on June 9) will be at the fest. Catch the Gaslight Anthem on Main Stage and the Souls on Zumiez Stage. Star Slinger will also play the Temple of the Boozle stage.

And last, literally last, but not least, well maybe least, and defintely WTF, this year's Paramount Stage will be closed down by none other than comedy legend Andrew Dice Clay who plays after fellow 80s & 90s entertainers Dramarama (who also play the afterparty at Stone Pony) who play after 1996 hit makers Spacehog (who you can also catch at Brooklyn Bowl Thursday).

Did we leave anyone good out? Check out the set times below... 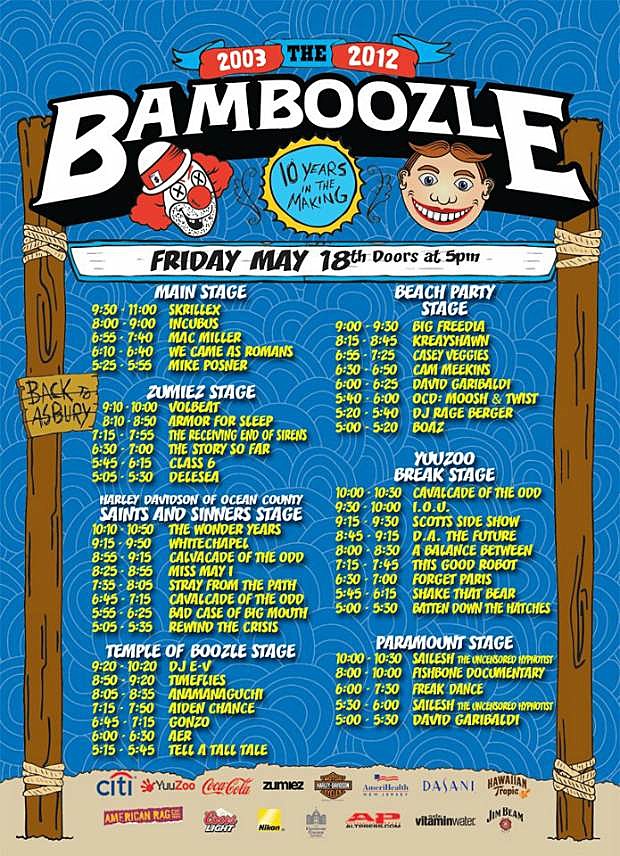 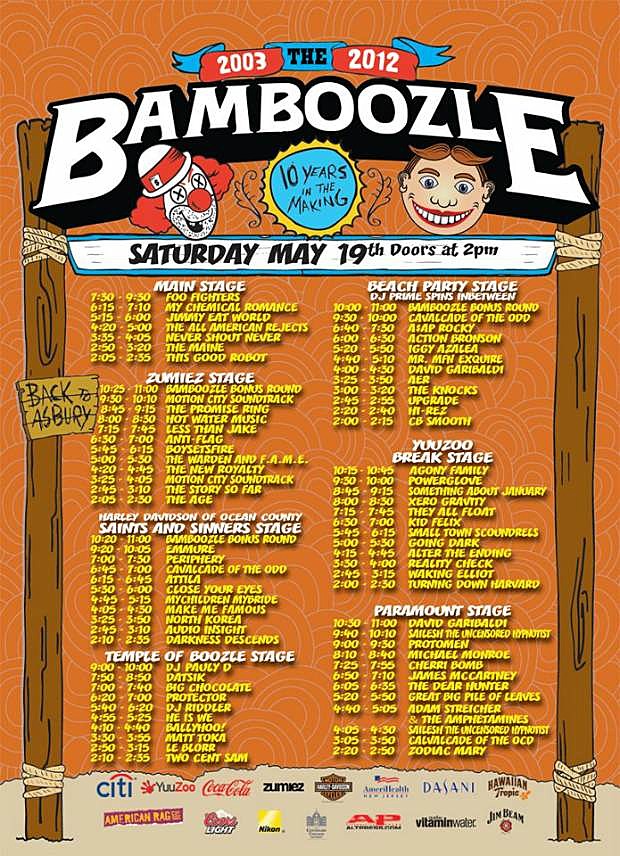 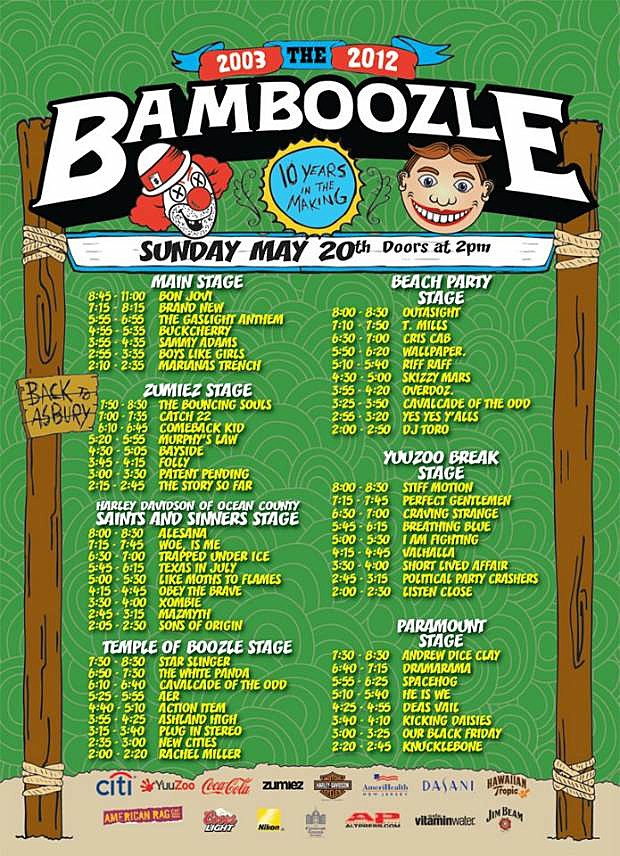