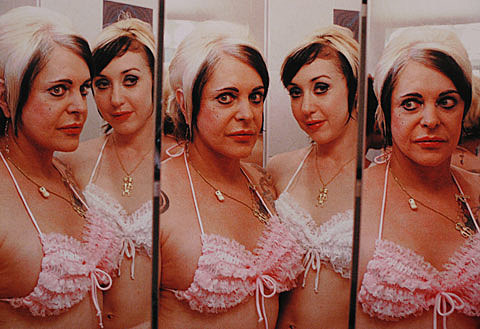 As mentioned (and here and here and here), BAMcinemaFest is underway at BAM in Brooklyn (it runs through June 26th), and there's a couple worthy music docs playing this week that you should check out. Tonight (6/22) they're screening Last Days Here, about Pentagram frontman Bobby Leibling's struggles to beat drug addiction and return to the stage. When the movie opens, 50-something Leibling is in bad shape, living in the "sub-basement" of his aging parent's house. But through the help of fan and indie metal label employee Sean Pelletier, there might be hope for Leibling yet.

If that sounds like standard rock doc type stuff, it is, and those who follow metal coverage on BV at all you probably know how everything turns out but it's not really the point. Last Days Here a moving portrait of recovery and, yes, love -- and you can't help but get a little choked up at the end.

I could've used a little more backstory on Pentagram (for that this SPIN article is pretty good at filling in the blanks), and could've done without the (sparingly used) reenactment footage, but the film works on its own terms. Filmmakers Don Argott and Demian Fenton will answer questions after tonight's screening.

Tomorrow night (6/22), BAMcinemaFest hosts The Ballad of Genesis and Lady Jaye which is definitely NOT you're run-of-the-mill rock doc. Filmed over seven years on 16mm, the film follows former Throbbing Gristle/Psychic TV leader Genesis Breyer P-Orridge and his partner Lady Jaye through their "Pandrogyne" project, where they sought to become two parts of the same person through body modification surgery. It is crazy, and amazing, and a genuinely touching portrait of real love. You won't forget it.

Director Marie Losier and Genesis will be in attendance for a post-screening Q&A which should be pretty interesting and will then be followed by a performance from Thee Majesty, Genesis' current project.

The Ballad of Genesis and Lady Jaye // Trailer