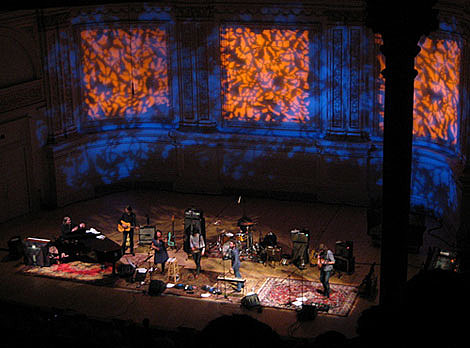 "After a couple quick frosty beverages in the Carnegie Hall museum (got a little history lesson, saw a lot of autographed pics) we settled into our seats to see BOH take the stage about 9:15. The combination of it being an acoustic performance and being in Carnegie Hall made for a impressive performance that highlighted lead singer Ben Bridwell's vocals and the bands' haunting overall sound. They played around with a few tunes, playing 'Weed Party' a little quicker than usual and 'Wicked Gil' a little slower. The latter got a heckle from an audience member who shouted "Pick up the pace." To which Bridwell slyly responded, "We're gonna slow it down for you guys a bit" before launching into a stripped down version of 'The Funeral'." [Happy Genius Heroes]

A shot of the poster, and the setlist from last night's show, below... 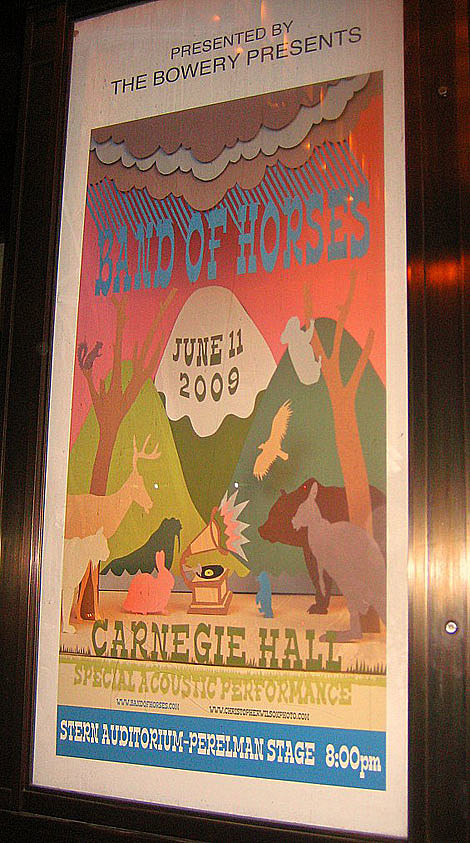 Part One
Marry Song
Why You Never Get Older
Window Blues
A Song For You (Gram Parsons cover)
Monsters
Compliments Down
The Great Salt Lake
Weed Party (in double time)
Wicked Gil (in half time)
The Funeral
New Song (by Tyler Ramsey)
No One's Gonna Love You
...one more I can't place...help please!