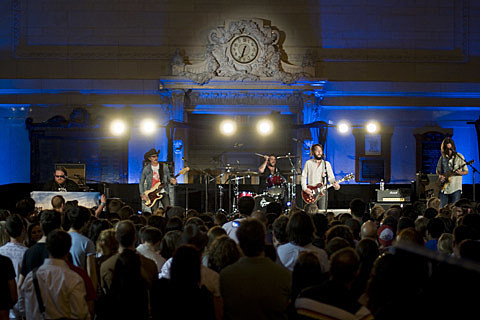 "Friday I worked until 6 and after went to Grand Central Station to try to catch a free Band of Horses concert, but of course by the time I got there it was full, so I hung around outside for a while trying to listen, but I couldn't hear too well so I left. Huge bummer, I would have loved to see them. Then I met up with my friend and we walked around the East Village, hung out on the roof of her apartment, and went and got Peruvian food- it was verrrrry yummy." [Forever Young]

As I type this, Band of Horses have already finished playing their Sunday night headlining set at Williamsburg Waterfront in Brooklyn (and their Saturday night set in Toronto), but this post is about their Friday evening AOL pop-up show at Grand Central. Some more pictures, officially & unofficially shot video (including an interview) & the setlist from that one, below... 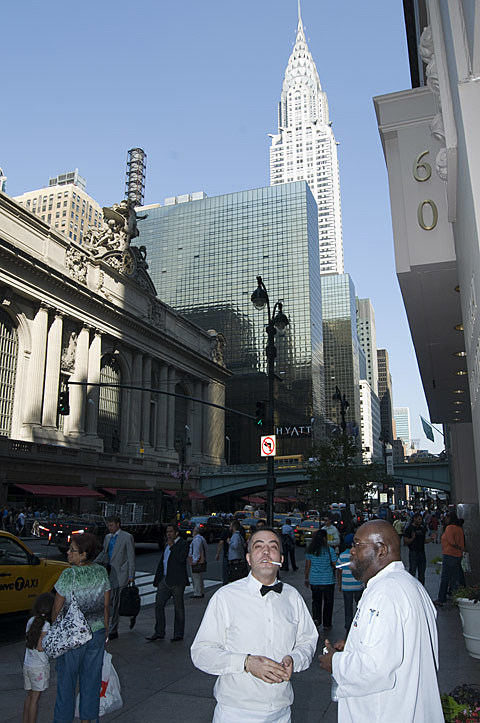 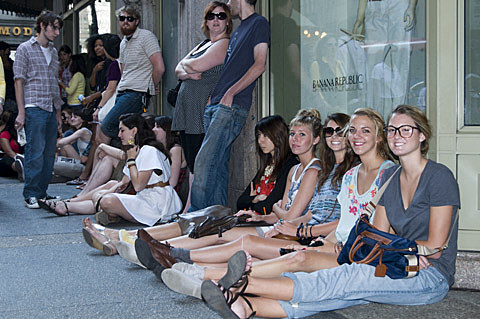 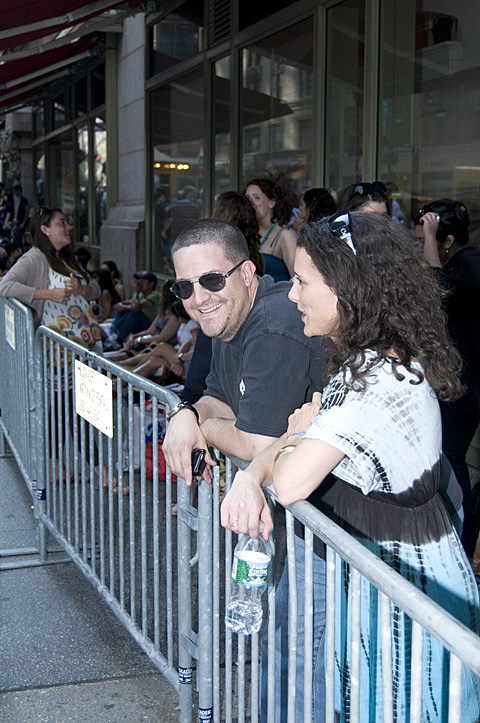 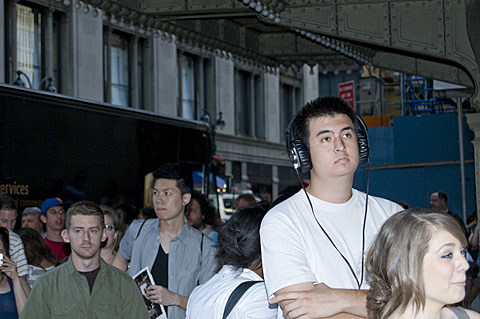 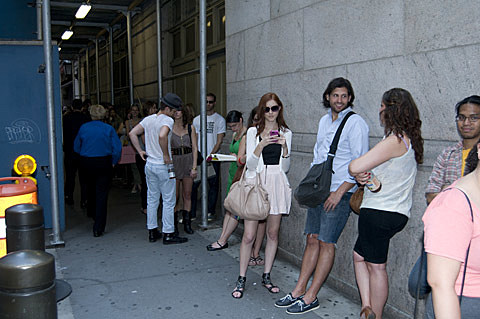 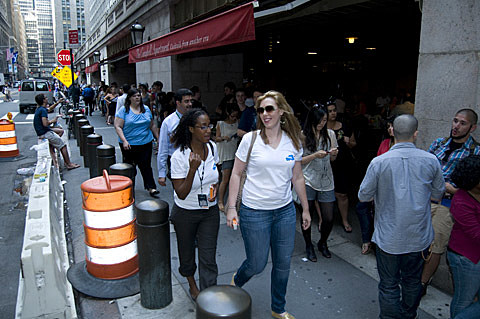 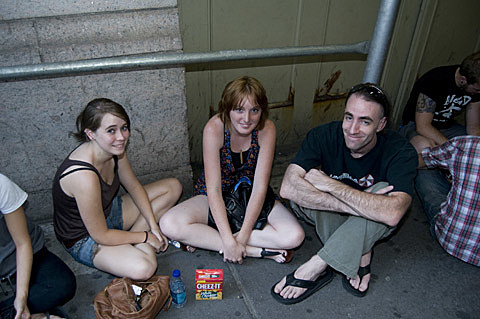 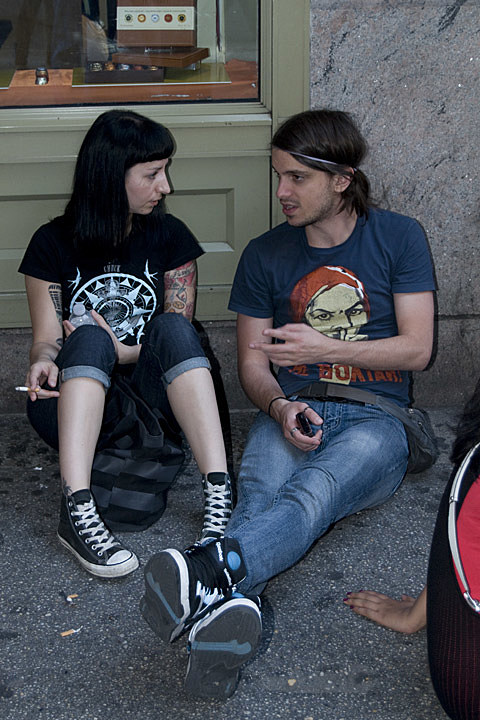 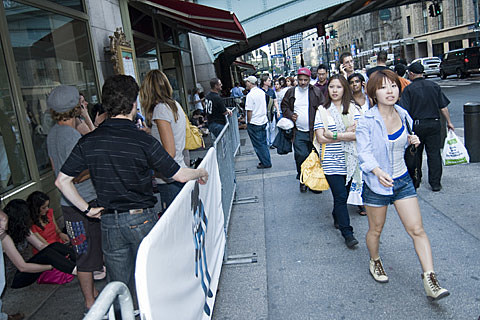 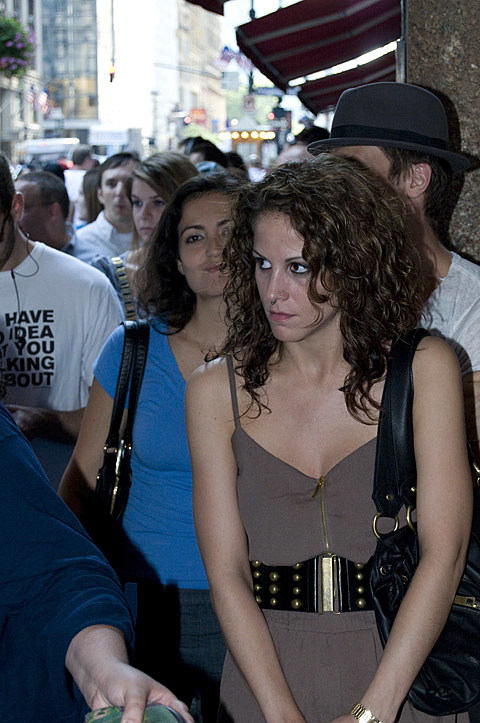 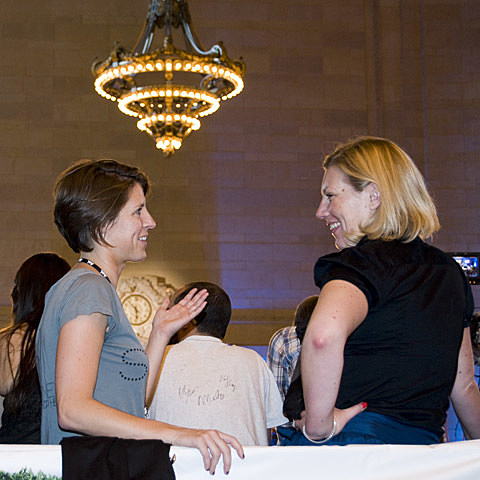 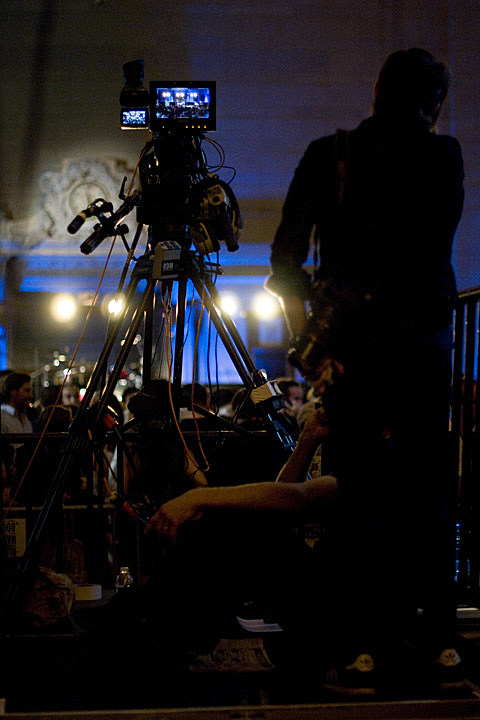 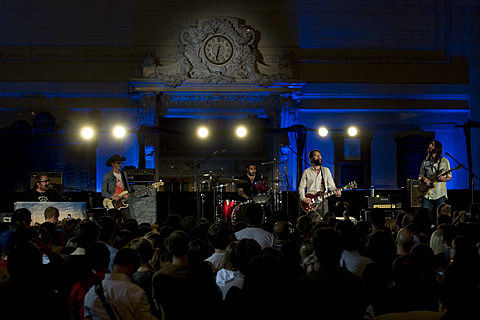 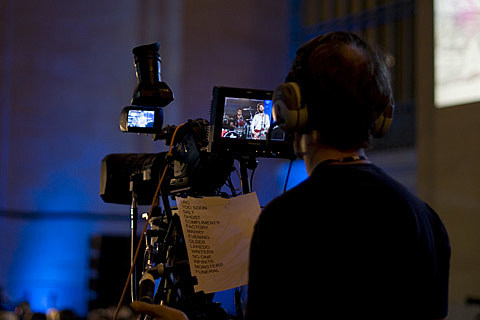 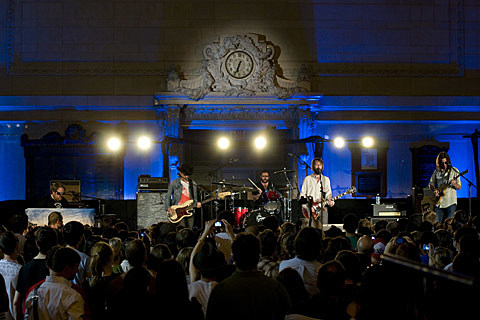 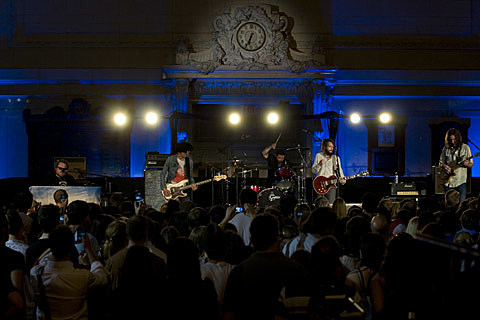 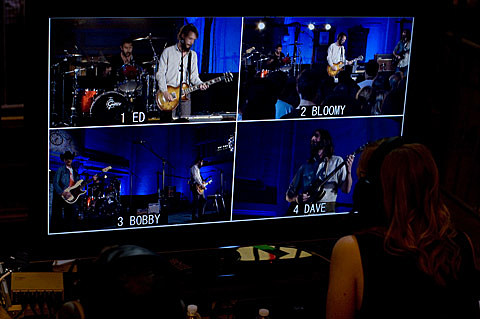 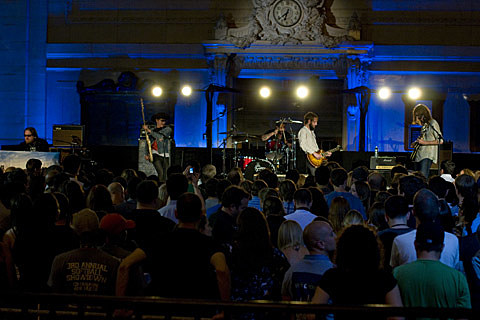