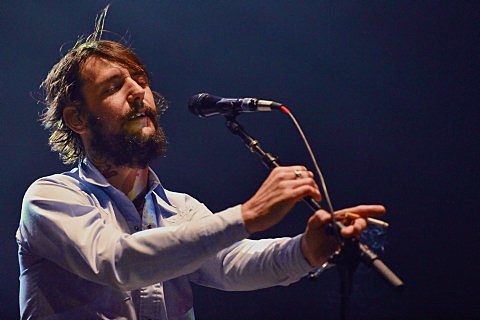 Band of Horses will release their new album, Mirage Rock, on September 18. They'll kick off a tour in support of this October, but before that you can catch them performing Live on Letterman on September 17, the day before the record's release. The concert will be performed in the Ed Sullivan Theater in NYC and will stream live on CBS.com and VEVO on September 17 at 8 PM EST. This "Live on Letterman" performance is a full concert, which precedes the band's appearance on The Late Show with David Letterman, which airs on September 21 and will only feature them playing one or two songs.

Then, on the day of the album's release (9/18), Band of Horses will play Brooklyn's House of Vans. In order to gain entry to this show, you have to pre-order their new album and the pre-order comes with two tickets to the show. A flier for this show is below.

As mentioned, they will also appear at Central Park on September 29 as part of the "Global Festival" with Neil Young, Foo Fighters, Black Keys, and K'naan.

Speaking of "Live on Letterman," Gotye will also do a performance, which airs on CBS.com and VEVO on September 24 at 8 PM EST.

A list of all dates, that show flier, and the video for Mirage Rock single "Knock Knock" are below.