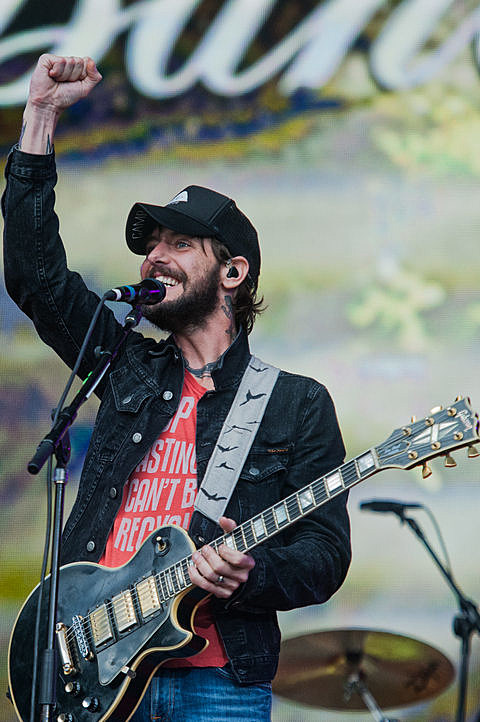 Band of Horses released their new album, Mirage Rock, last month (9/18) and celebrated it in NYC with a release show at House of Vans, soon after which they played a big Central Park show, aka Global Festival, with Neil Young, Foo Fighters, The Black Keys, and more. Now they've announced that they'll return to NYC yet again for two more shows.

The band will be touring with Grandaddy frontman Jason Lytle from December 3 to 15. That tour hasn't been announced in full yet but a few of the shows have been revealed, including a NYC show which happens on December 11 at Hammerstein Ballroom. That same night, BoH will also put on a "special acoustic performance" at Manhattan Center's Grand Ballroom for an early show before the Hammerstein show. Tickets for both of those shows go on sale Friday (10/19) at 10 AM.

Jason Lytle's new album, Dept. of Disappearance, is out today (10/16) and you can hear the whole thing over at NPR. All Band of Horses and Jason Lytle dates are listed below.