Band of Horses at Lollapalooza 2013 (more by James Richards IV) 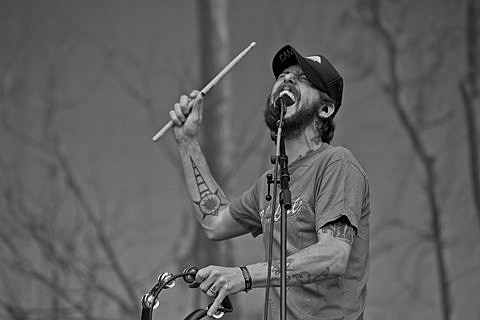 Seattle indie folk-rock collective Band of Horses just released the Acoustic at The Ryman 7" for Record Store Day Black Friday which featured unplugged versions of "No One's Gonna Love You" and a cover of Gram Parsons' "A Song For You" recorded at Ryman Auditorium in Nashville this past April. Now they're promising a longer-length release of the Ryman performance, due out in early 2014 on February 11. Meanwhile, watch a video of BoH playing "No One's Gonna Love You" at that show below.

The band (of horses) are also doing more acoustic shows in 2014, including one in NYC happening on February 28 at Town Hall. TIckets for that show go on sale Monday (12/9) at noon with a presale starting Friday (12/6) at 10 AM (password: "ACOUSTIC").

No word on a full tour yet. UPDATE: A full tour was announced and all dates are listed, along with the LP tracklist and that acoustic video, below...