Ryuichi Sakamoto & the Bang on a Can All-Stars 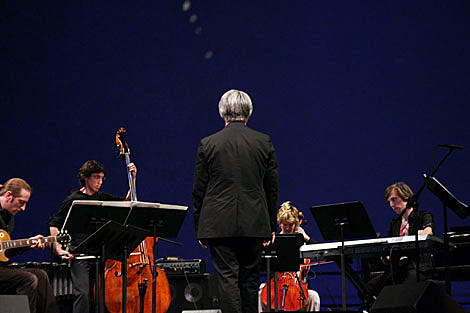 "This year's marathon offered works by 28 composers on Sunday, from noon to just past midnight, at the World Financial Center in Lower Manhattan. Like the last several, it was presented as a free concert, part of the River to River Festival. Early in the day listeners came and went, but by 5 p.m. the center's atrium (which holds 2,000) was packed, and it remained so to the end." [NY Times]

Sunday, May 31st was the 22nd annual Bang on a Can Marathon in the World Financial Center's Winter Garden. The 2008 fest ran from 6pm to 6am, with a 4am Dan Deacon set in the early morning lull. This year's concert took a more diurnal approach, with a noon start and a finish coming after Tortoise's encore-less set a little past midnight. When the final introducer asked who'd been there since noon, a weary cheer came from that select but healthy part of crowd. Near night's finale, the Winter Garden stairs and seats were all full, and as Tortoise set up, even more filtered in, perhaps from one of the other shows that night.

Around 10pm, Ryuichi Sakamoto sat behind the room's piano for a quiet solo piece punctuated by sparks of crackling static. Mid-set he paused to call a BoaC tech over to fix the piano, before finishing with a burst of dreamy chords and carefully spare melodies.

After welcoming the Bang on a Can All-Stars on stage (a sextet of guitar, bass, percussion, cello, keys and clarinet), Sakamoto and two band members "conducted" with pocket mirrors, reflecting the room's lights on the white backdrop in what looked like lens flare from a sunny photo. The sustained textures of the ensemble's first piece gave way to a more structured, percussive songs that focused on a repeating three-bar phrase and its variations.

The BoaC All-Stars remained on stage for their performance of Steve Martland's Horses of Instruction, apparently an old standard for the group. They certainly had fun with it, adding percussionist Eduardo Leandro on marimba. Clarinetist Evan Ziporyn traded for a tenor sax as he led the piece jumping and gesticulating through the changes. The busy work juxtaposed the restrained Sakamoto songs with parts that moved from shredding cello to Frisell-like guitar comping to swinging and pulsating drums. The song was a sufficient energy boost to prep the crowd for Tortoise, who'd be closing the night.

Tortoise was recently discussed at length in a review of their show at the Bell House one night earlier, but briefly speaking, the band played a short, 7-song set largely driven by its two drum kits. Other songs abandoned the drums for malleted percussion, which moved the group away from driving jams to more minimal pastures. Their volume drowned out the room's rattling air conditioners, but at times the drums, right up front, overwhelmed the total group sound in the echoing hall. Granted, shifting, propulsive beats are kind of Tortoise's raison d'être, and their groove-heavy songs capped the Marathon with engaging, kinetic energy. A collection of psyched devotees jammed along in an area next to the stage.

The Marathon officially kicked off this year's River to River Festival, which will host many shows throughout the summer. Tortoise will be back as well, with a July tour that includes a show at (Le) Poisson Rouge.

Bang on a Can will use the Marathon's momentum to host two benefits this week -- both taking place Wednesday, June 3rd at LPR. The big-money early show and bargain-priced late show will feature established big names and talented up-and-comers, respectively. More specifically, Steve Reich, Meredith Monk, David Cossin, Wu Man, Maya Beiser, Talujon and Doug Aitken appear for the intimate dinner and music early benefit. So Percussion, Gutbucket, Newspeak and NOW Ensemble hold it down late. Tickets for the late show are still on sale.

Check out some videos from the whole day, and a few more pics from the late-night portion, below... 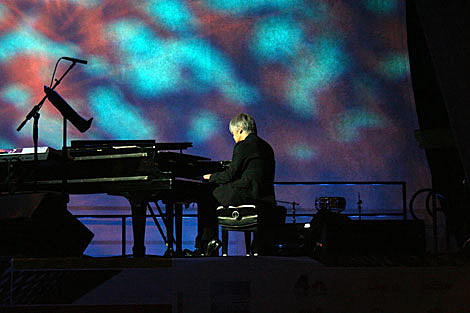 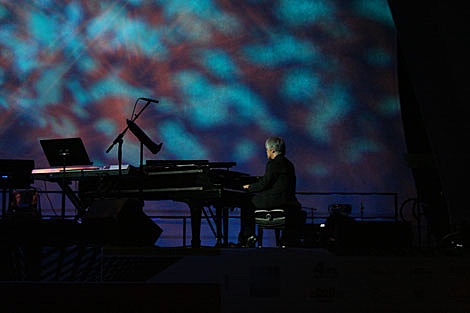 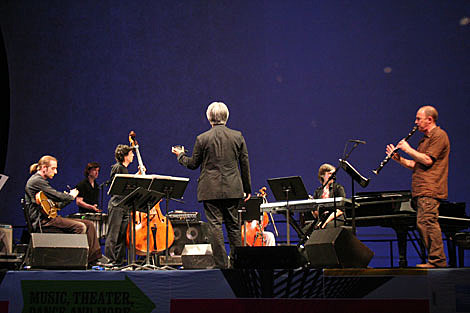 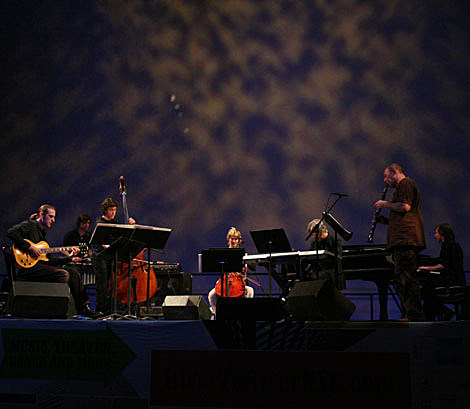 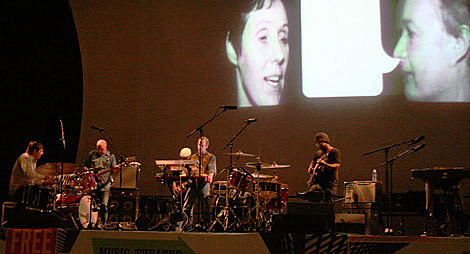 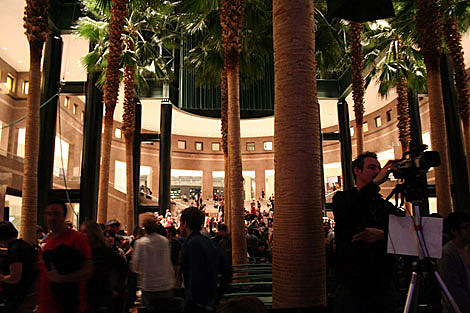 DITHER & friends at the 2009 Bang on a Can Marathon