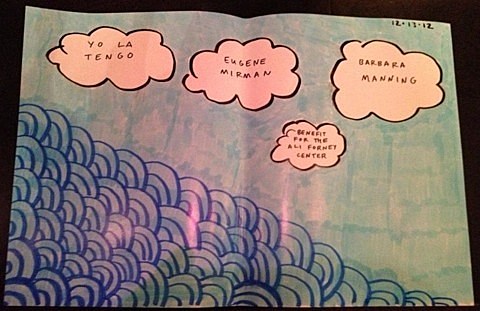 It's possible that we met Barbara Manning on the same day in 1990 that we met James and Joe Puleo. We were booked at Providence's Rocket with World of Pooh, featuring Barbara on bass, and Christmas, in new bassist James McNew's first show. So it was especially meaningful to us that, after a few years of playing hard to get, Barbara was available to open night six...

...With the Hoboken PATH station closed, people are having to be extra creative about how they get to Maxwell's. On night five, John Oliver revealed a heretofore untried method that involved a train to Secaucus (not recommended) and last night, Eugene Mirman described a route that no GPS would concoct unless the current model, in addition to helping you avoid tolls or find the shortest distance, offers to take you where you're most likely to be murdered. Fortunately for us, and certainly Eugene, he lived to tell us about his local Guitar Center, where he's the two most famous shoppers, and the difference between stairs in England and the U.S. - [YLT]

We're in the home stretch now with two night's left. Who will open tonight? Jeff Tweedy is in town, having appeared on The Colbert Report last night. Then again, Titus Andronicus just tweeted this: "Tonight, every New Jersey indie rocker's dream comes true for @titus_ndronicus. #STAYTUNED."

Any oddsmakers out there?

Setlist from last night, plus the mix CD cover are below. 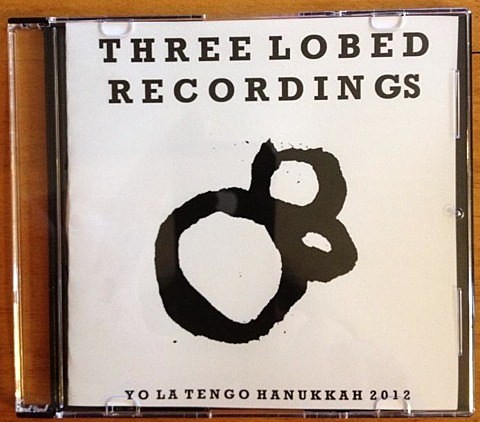