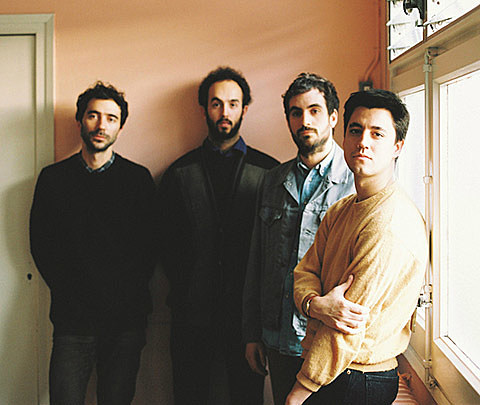 Barcelona quartet Univers make fuzzy, reverby guitar pop, owing more than a little to the C-86 sound and '90s Slumberalnd. (Or if you want to be contemporary: they're in the same millieu as Crystal Stilts and Girls Names.) Last year they released the excellent "Cavall Daurat" 7" and they just released their debut album, L'Estat Natural, which is worth checking out too. You can stream both of those releases in full below.

Univers were just in Austin for SXSW and they're currently in NYC for a couple shows before heading back to Spain. They play Cake Shop tonight (3/21) with Tanks Amigo (featuring JB from Crystal Stilts, first show in a couple years), Christines (new shoegazey band from Andy of Woven Bones) and Doubting Thomas Cruise Control; and then Shea Stadium on Saturday (3/22) with Celestial Shore, Tiny Hazard, Zula, and Body Parts.

Streams and Cake Shop flyer below... 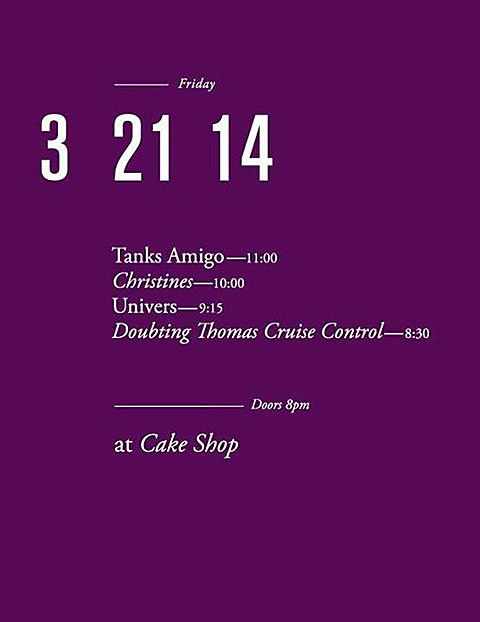