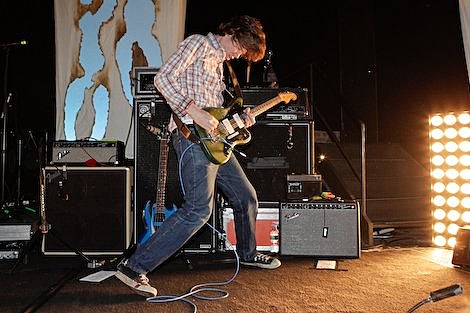 Thurston Moore will join White Out (noisemaking duo Lin Culbertson and Tom Surgal) for what, according to their website, is the only the group's third show this year. It happens Friday, December 18th at (Le) Poisson Rouge, and headlining will be Philly psych-rock band Bardo Pond (both acts are on Thurston's Ecstatic Peace label). Tickets are still on sale.

White Out put out two records this year, both recordings of live shows. Senso, captured at the now-defunct downtown club Tonic on December 18, 2004, and featuring Thurston Moore and Jim O'Rourke, came out in September on Ecstatic Peace. The other record, Live at No Fun LP, has guests Spencer Yeh and Carlos Giffoni. It came out on No Fun Productions and was recorded at No Fun Fest 2008 (...both run by Giffoni).

Bardo Pond's only other NYC show this year was at No Fun Fest 2009. They played the same night as Sonic Youth. Their most recent release, peri, is, like batholith before it, a "collection of tracks that were close to the band's heart but for various reasons had never been released."

White Out videos and a show flyer are below... 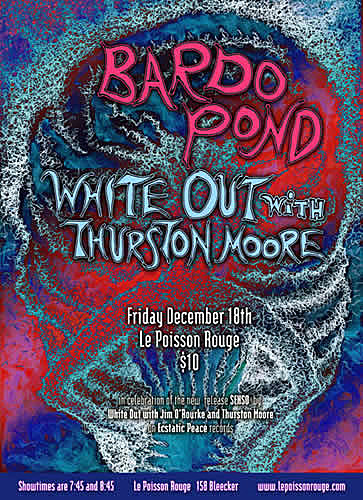 White Out with Jim O'Rourke and Thurston Moore Live at Tonic