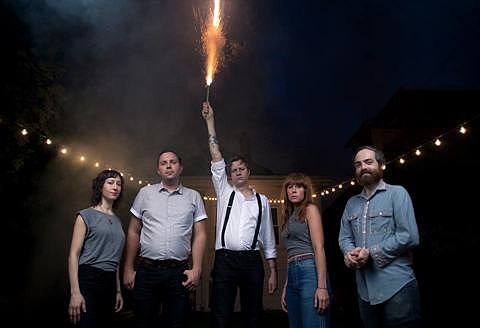 Chicago's Bare Mutants, which features Ponys frontman Jered Gummere and The 1900s' Janine O'Toole, released their debut album, The Affliction, back in August via In the Red. With a droney, organ driven sound, the LP is in the same sonic universe as Crystal Stilts or Crime & the City Solution. You can stream "Growing" below and listen to the whole thing via Spotify. They also recorded a Daytrotter session not too long ago which you can listen to over that way.

The band, who came through NYC in the spring, are heading east next month for a few tour dates on this side of North America, including a NYC stop at Baby's All Right on December 7. Free Time are also on the bill and tickets are on sale now.