Baroness at Bowery Ballroom in 2009 (more by Tim Griffin) 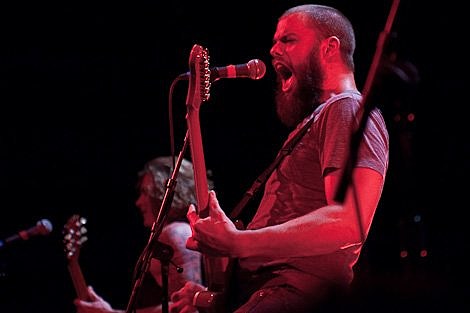 When sludge-metal-turned-alt-rock greats Baroness first announced that they'd be doing a full North American tour this year (their first since their tragic bus crash) we guessed that a NYC show at House of Vans would get added. Once Baroness finally did announce a NYC show, it turned out to actually be happening at Irving Plaza (8/14) with Royal Thunder (tickets).

However, now the band did just announce that they will in fact be playing House of Vans on July 31. And to make it better, it's with The Melvins (which explains their TBA NYC show that day). To make it even better, it's totally free. Stay tuned for more information (an RSVP link is probably forthcoming).

Updated Baroness dates are listed, along with a video, below...

Baroness - "Take My Bones Away"