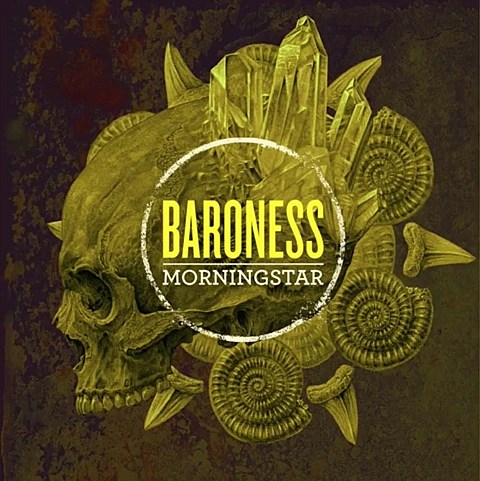 Baroness continue to stoke anticipation for Purple today, releasing the third single "Morningstar" on the heels of "Chlorine and Wine" and "Shock Me". Its the opening track from the album, and like the other three, it's strong stuff. The intro rolls out some of the sludgiest sub-Mastodon groove heard from these guys since Red. Then it gets into epic territory with a huge chorus and a guitar solo that will tempt even the most restrained fans to play air guitar. Purple is out December 18, and you can stream "Morningstar" below.

Baroness's tour with Earthling is underway, and hits NYC for a sold-out show at Saint Vitus (12/20) and an afternoon show that same day at Rough Trade (without Earthling) that's free when you buy the album from the Rough Trade store.

Stream "Morningstar" and check out upcoming dates below...