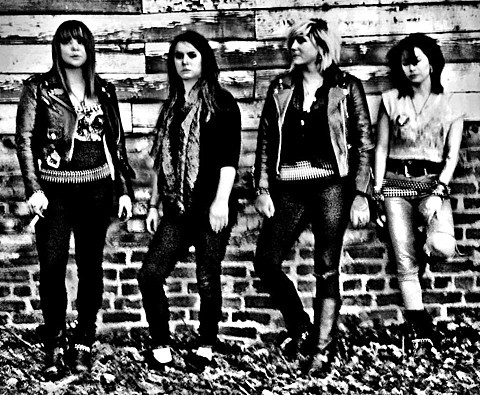 Raleigh/Richmond punks Barren Girls formed back in December of 2011, and they've since signed to Merge Records, who will release their debut EP, Hell Hymns, on April 2. Frontwoman Carla Wolff sounds raised on Bikini Kill-era Kathleen Hanna, and they round out that hard edge with the garage rock organs that fill their songs. Like many great punk EPs, Hell Hymns doesn't overstay its welcome (four songs in under ten minutes) and leaves you begging for that full length. Or just hitting play again when it ends. Head below to check out the EP's closing track, "She-Devil."

Barren Girls were just down in Austin for SXSW and they'll be doing a larger tour of the US once the EP comes out. The tour kicks off with a show in their home stage opening for labelmate Bob Mould, and it hits NYC on April 23 at Death by Audio and April 24 at Cake Shop. No advance tickets for those shows and complete lineups TBA.