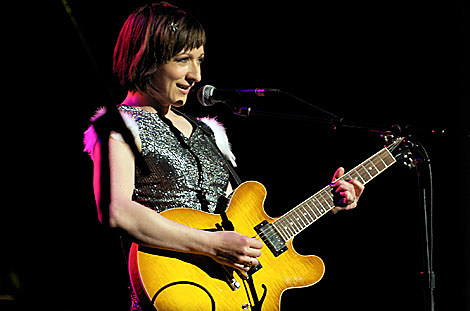 Although Shara Worden hasn't performed as My Brightest Diamond in New York over the last year, she has been far from idle. She collaborated with David Byrne on his upcoming release, Here Lies Love, worked with Clogs on Lady Walton's Garden, due out in March, played the role of the Queen on The Decemberists' newest album, The Hazards of Love, and toured with them and found time to perform with Laurie Anderson, Bon Iver, The National and St. Vincent as well. My Brightest Diamond also contributed their version of Nina Simone's renowned classic "Feelin' Good" to the celebrated compilation Dark Was The Night. [PR]

In addition to being her first NYC in more than year, My Brightest Diamond's Bowery show on January 22nd is a CD release party for her new limited-edition remix album Shark Remixes. According to her website, "Shara had so much fun on the short European tour this last December that she, together with drummer Brian Wolfe and bassist Nathan Lithgow, decided to keep the glow alive by playing in New York and adding Butoh dancing and clowns for fun." The record, which comes out on Asthmatic Kitty on January 26th, collects four "remix EPs" put together by remixers Alfred Brown, DM Stith, Son Lux and Roberto Carlos Lange of songs from MBD's 2008 album A Thousand Shark's Teeth. Album art and tracklist are below.

Opening the show is Canadian singer and guitarist/autoharp player Basia Bulat, whose album Heart of My Own also comes out January 26th, on Rough Trade/Secret City. A track from that album, "Go On", is a free download above. Her other tour dates and the song "Gold Rush" off the new record are below. Tickets to the January 22nd Bowery show are still on sale. We also have a pair to give away. Details are below.

You can also catch Basia Bulat on Thursday, January 21st, at Professor Thom's on 219 2nd Ave (between 13th & 14th). It's her record release party and she'll be performing an "intimate live performance" at 8pm. $1.00 beers at 7pm (while they last).

Shara Worden and Nicole Atkins are two of the many collaborators on David Byrne's Here Lies Love project with Fatboy Slim. The song "Please Don't," featuring Santigold, is above. Byrne will be one of the speakers at "Stories in High Fidelity: An evening of storytelling" at Bowery Ballroom on Wednesday, February 3rd. Also on hang will be Alan Light, Dan Kennedy and Jason Gordon, and music from Nicole Atkins. Tickets are on sale.

David Byrne has been speaking publicly a lot lately.Most recently at the Bell House on January 11th.

My Brightest Diamond's other upcoming shows include a performance with Clogs in Minneapolis on February 19th and 20th and Big Ears Festival, happening March 26-28 in Knoxville, TN.

All of the above-mentioned tour dates, ticket contest, and more info are below... 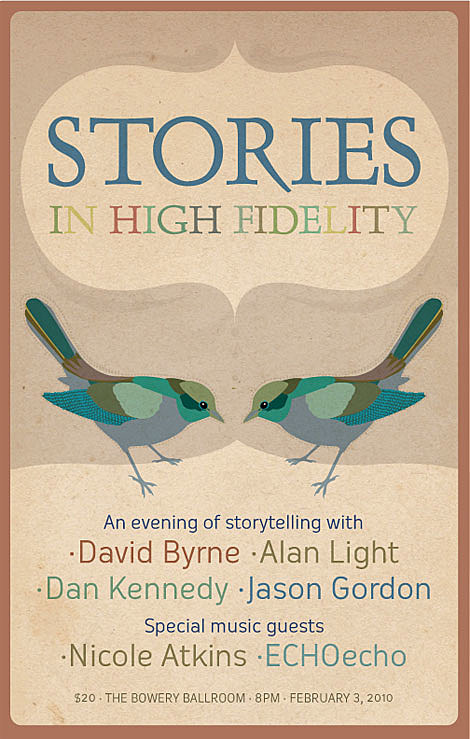 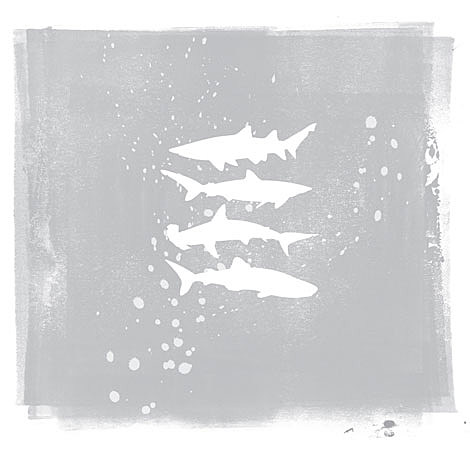