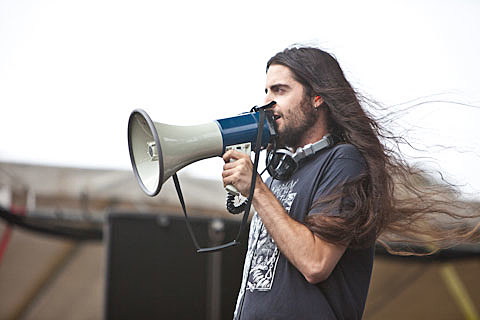 "Though he was handed a somewhat awkward time slot (between 4 and 5 p.m.), the first day of Outside Lands did not start until Lorin Ashton of Bassnectar said so. A San Franciscan by birth, Ashton's all-encompassing formula of serrated dubstep has won the hearts and minds of local natives since he began experimenting with sub-bass frequencies and supermassive sampling in early 2000. The result is a form of music that you can quite literally feel when you experience it live -- that is, until the sound cuts out, as it inexplicably did 20 minutes into Ashton's Saturday evening set. The ensuing half hour was filled with frantic roadies rushing around on stage, starry-eyed candy kids fretting in the crowd, and a lot of people being unhappily reminded of this festival's notorious penchant for suddenly killing their performers' sound. At one point, Ashton came out with a megaphone and actually pleaded with the crowd, attempting to explain over the din of a dazed, music-less multitude that the power to the entire stage had died, and that there was nothing he could do but wait. Surprisingly, the vast majority of people devotedly hung around until the power was restored, and, even more surprisingly, Ashton recovered from such egregious circumstances with a killer comeback that featured his flagship remixes of Beastie Boys' "So What'cha Want," Massive Attack's "Inertia Creeps," and Metallica's "Seek & Destroy" -- though notably missing was his rework of "Where is My Mind."" [Santa Barbara Independent]

Bassnectar is one of 70+ performers scheduled to play Electric Zoo on Randall's Island in NYC this weekend. It's his only current NYC date (tour dates are listed below). The electronic artist was on hand earlier this month when he played (with some difficulty as it points out above) the Outside Lands Festival in his native San Francisco. Pictures from that show are in this post.

If you head to Electric Zoo this weekend expecting Japanese dudes with double-necked guitars, you will be disappointed. That said, Electric Zoo will feature tons of artists of the electronic and DJ persuasion including Bassnectar, headliner The Chemical Brothers, Major Lazer, Diplo solo, Erol Alkan, Pretty Lights, Flying Lotus, Moby, Armin Van Buuren, A-Trak, the OTHER Boris and oodles of other crews bound to get you moving.

The four-stage festival goes down on SATURDAY & SUNDAY (9/4, 9/5 - set times are posted) at Randall's Island with after-parties later that night that you'll probably want to avoid. Tickets are still available OR you can try your luck at winning a pair!

Contest details, more pics from San Francisco, and all Bassnectar dates, below... 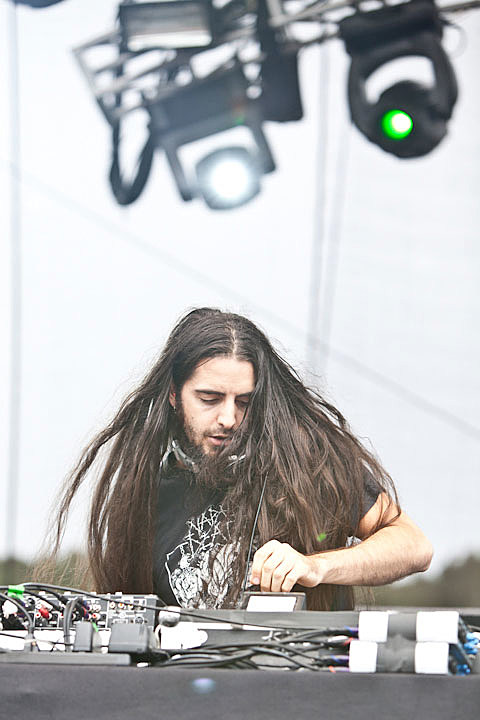 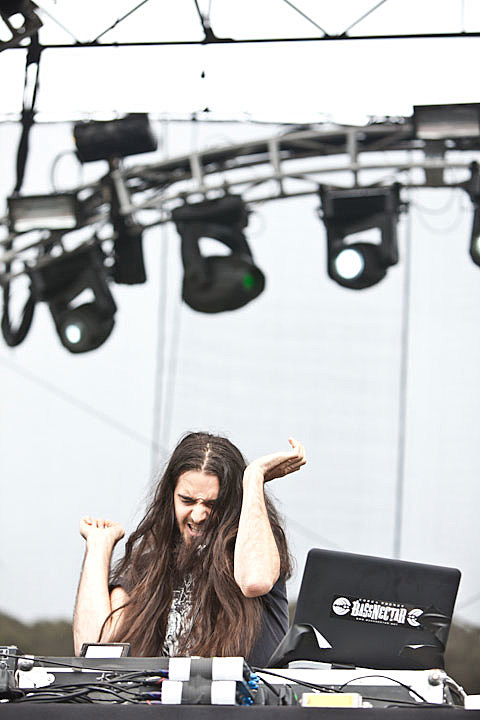 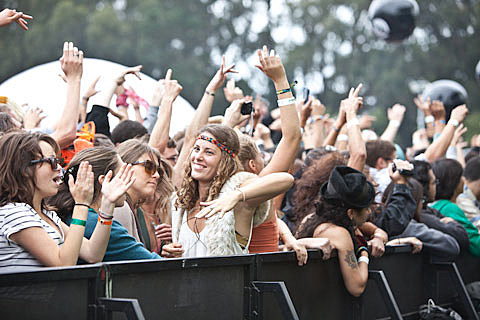 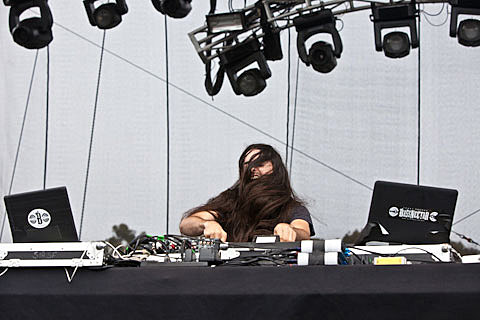 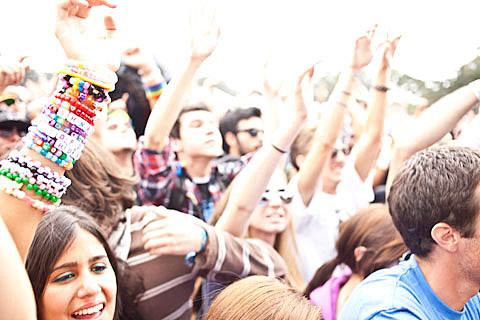 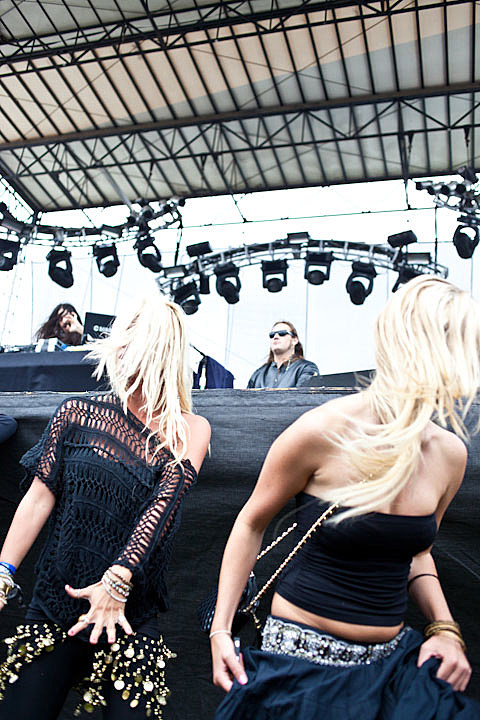 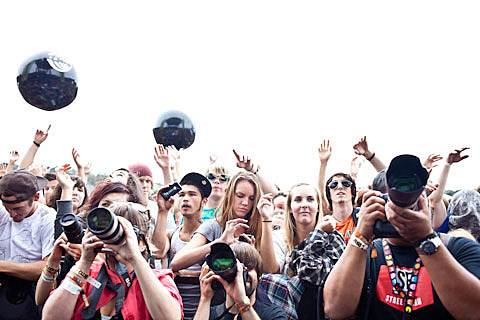 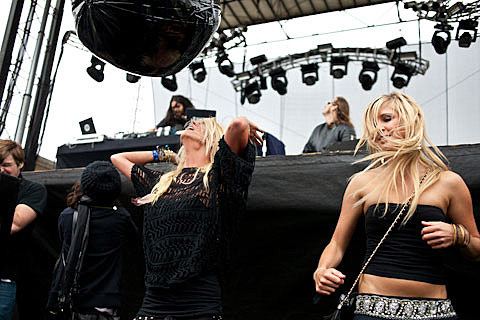 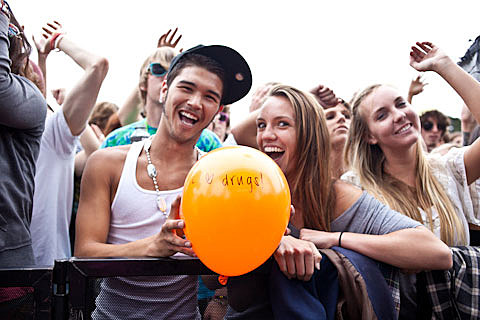 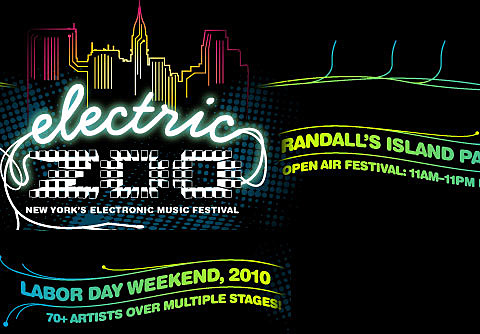 TO WIN TICKETS TO 'Da ZOO: Email us at BVCONTESTS@HOTMAIL.COM with a subject line of "Electric Zoo" and your full name in the body of the email. ONE winner will be selected at random, awarded a pair of tickets and notified ASAP. Good luck.