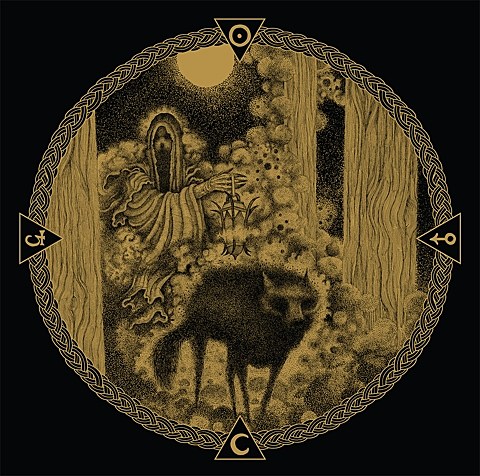 Bastard Sapling released an absolute burner last month with their second album, Instinct Is Forever, which you can stream in full below. The USBMers stretched out with weighty and well-produced songs that get raw with their lyrical angle, examining Mike Paparo's struggles with depression. Toss in some lap steel (!) and a guest turn from Windhand's Dorthia Cottrell, and you have one of metal's more intriguing albums of the summer.

If you missed their recent tour with the related Inter Arma, Bastard Sapling do have another live engagement coming up. The band will be going on a tour this fall that hits NYC on September 28 at the Acheron where they'll be joined by Geryon and Belus. Tickets for that show are available now. All dates are listed below.

Bastard Sapling's showmates actually demonstrate the low degree of separation of some NYC metal. Geryon will be playing one of the nights of the Virus blow-out at Saint Vitus near the end of October. The drummer of their bass/drum duo destruction is Lev Weinstein who also plays in Anicon (along with Bloody Panda, Krallice, so many others) who released a split with Belus this year. And to spin another band into the NYC web, Belus includes Lesley Wolf who also plays bass and sings for Mortals who are going on tour with Wolvhammer. That tour hits the Acheron on November 5. Lesson? All of these bands could create a diverse and killer festival and only need a van or two to get there.

Stream Bastard Sapling's Instinct Is Forever, with their list of dates, below...