Bastard Sapling at The Charleston, April 2010 (more by Samantha Marble) 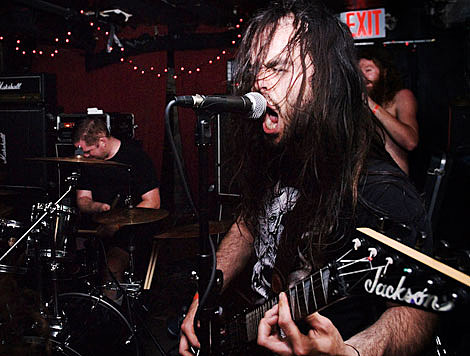 Bastard Sapling is another one in a long line of young and promising bands from Richmond, VA. Featuring members of CR, Celebrity Murders and Inter Arma, the band recently released their debut LP Dragged From Our Restless Trance via Forcefield Records. Bastard Sapling mixes in their fair share of crust with their epic black metal jams, and are streaming the entirety of their LP below.

Bastard Sapling has only one date on their calendar at this point, a Richmond show at Strange Matter on December 7 as part of the Vomitor / Negative Plane trek. Until more dates surface, check out the LP stream below.