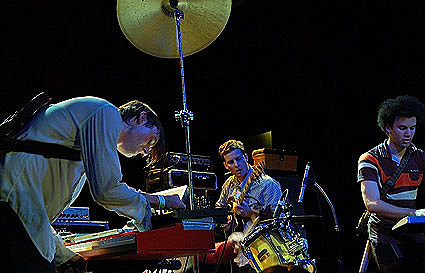 Despite the band being from NYC, I saw Battles for the first time at Bowery Ballroom last night (April 3, 2007). I never really gave them a chance before - partly because the opportunity never really came up, and partly because I'd seen Tyondai solo a bunch of times and wasn't really into what he was doing on the floor with all his contraptions.....BUT, that was then, and this is now, and lately I've been loving the new Battles record (most of it at least), and I really love their video for 'Atlas'. 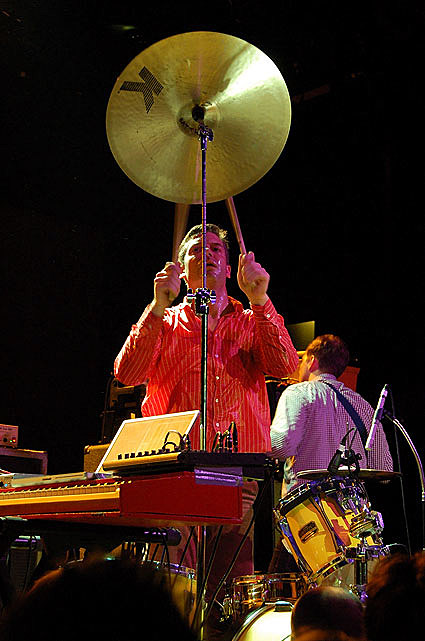 So I went to the show, and it was great. I didn't like it as much as the guy next to me, or as much as the recent LCD Soundsystem or !!! shows, but it was up there in awesomeness. The sound wasn't full or something, and Battles seem at times too jammy, unrehearsed, or jazzy, or something, but they was great nonetheless - especially when they played 'Atlas' - Tyondai's live vocals being a highlight there. 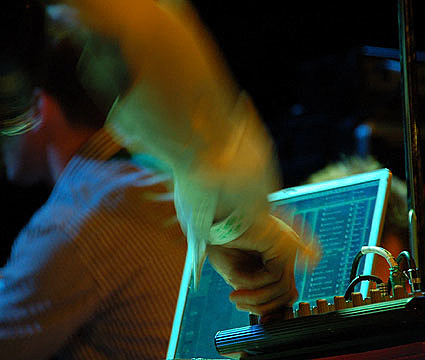 I would see them again, and look forward to whatever they do in the future. More pics below.... 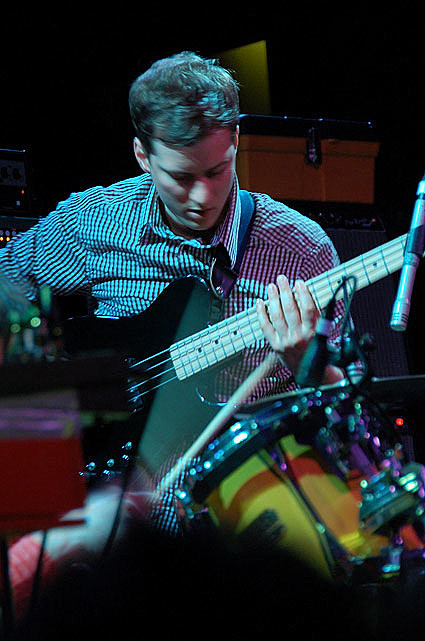 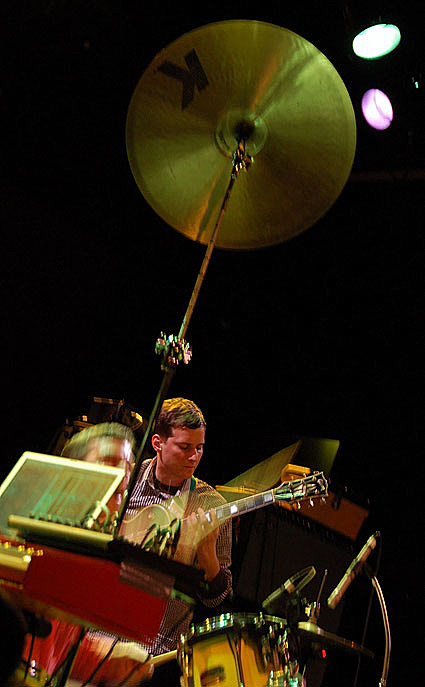 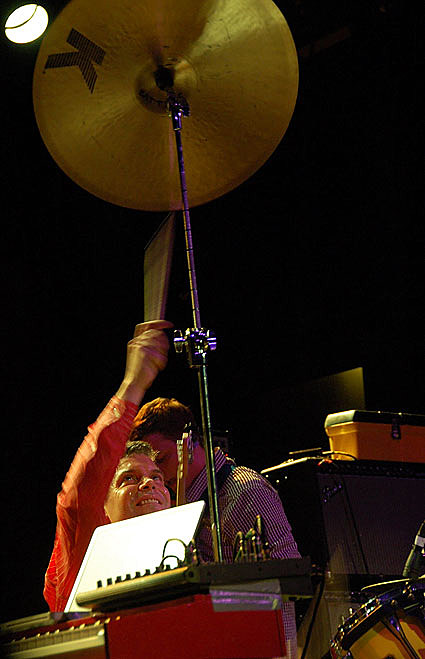 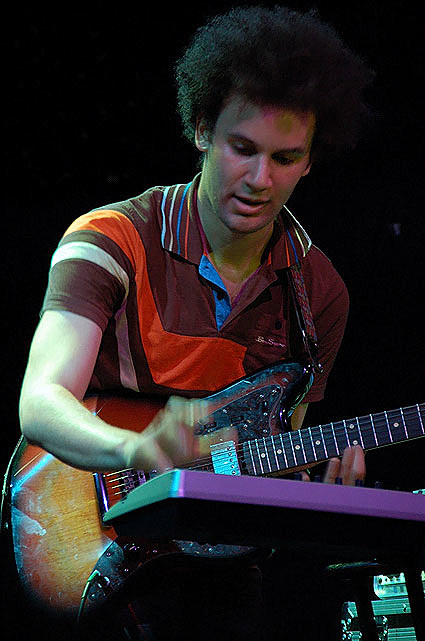 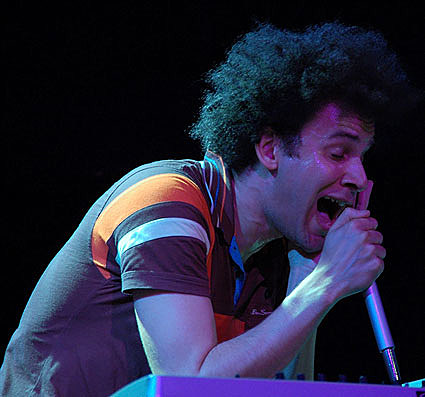 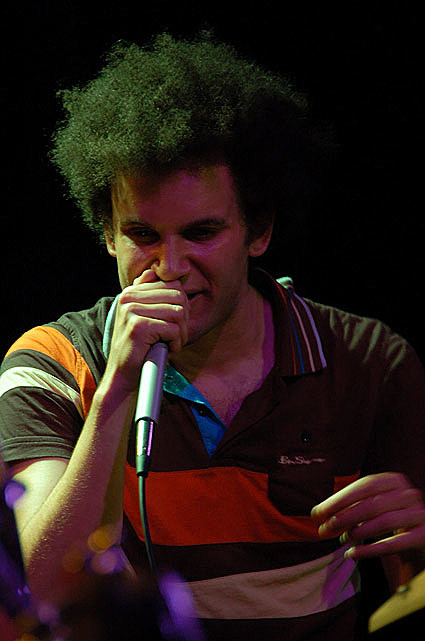 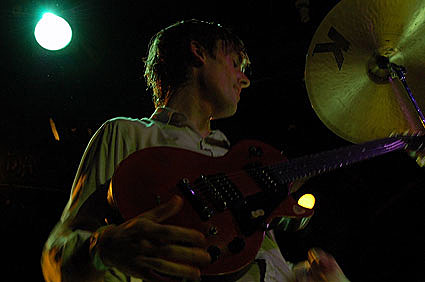 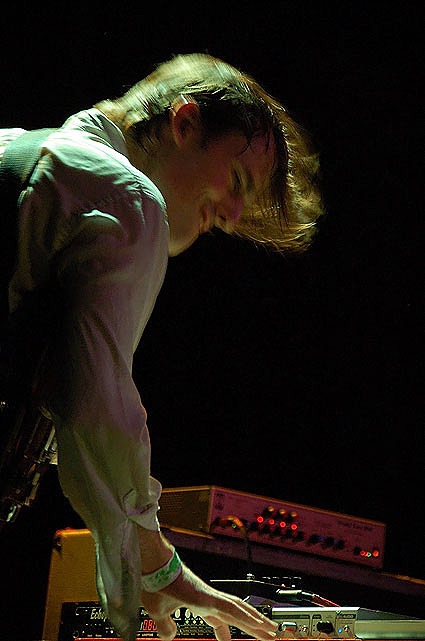 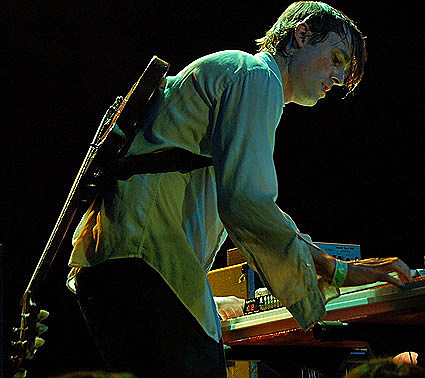 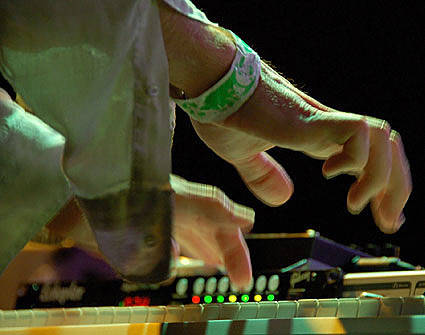 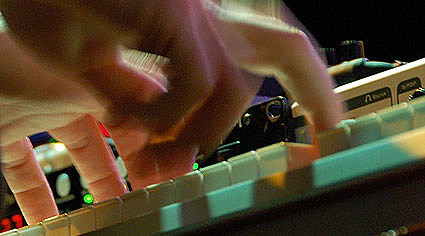 "And really, who needs between-song banter or ironic covers when your music is as tight, inventive, and technically accomplished as this?" [Pitchfork]

More music at their MySpace.