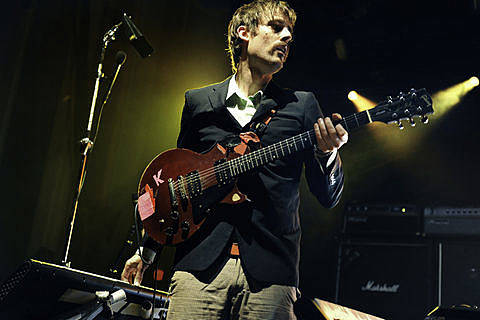 Experimental rock group Battles revealed earlier this year that they're working on the followup to 2011's Gloss Drop, and they also recently began announcing 2015 shows. The only US dates announced so far are Portland, OR's MusicFestNW, LA's just-announced FYF Fest, and a club show at NYC's Saint Vitus on August 20. Tickets for Vitus go on sale at 11 AM on Friday (5/8).

They're also doing a few dates in Europe, including the Primavera Sound festival. All dates are listed, with a live video, below...