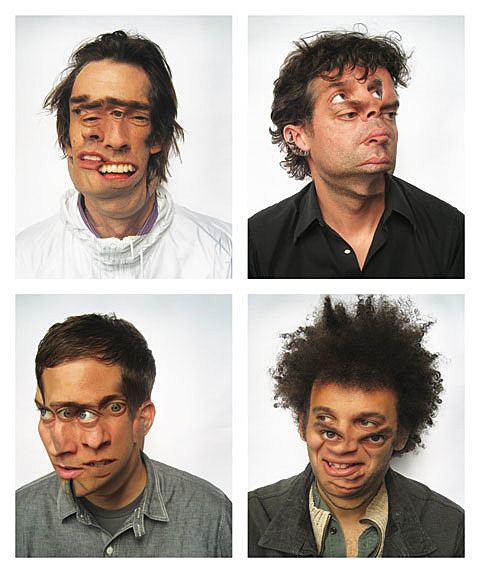 Ahead of their heavily anticipated and imminent second studio album, NYC heroes Battles return to the live stage to headline a couple of dates, one in their hometown of New York and another in their second home of London.

Many of you will be pleased to know that Battles are currently in the studio recording a new album and no doubt new material which the band have described as 'magnanimous' will be showcased live.

These forthcoming dates x herald something special as this will be Battles' first outing since going into the studio and after an extensive break from the live circuit.

First up is an intimate fan show at Le Poisson Rouge in New York and later the same week they fly over to the UK to headline ATP's annual Halloween extravaganza Release the Bats with a stellar line up including Beak>, The Field, Walls DJ set & Tweak Bird. [Warp]

As it says above, they'll also be playing London October 30th. Tickets are on sale for that too.

Battles only previous album was their debut, Mirrored, which came out in 2007, though Tyondai released an album in September. Battles played T5 that same month.

Battles - Tonto (from the album Mirrored)

Battles - Atlas (from the album Mirrored)