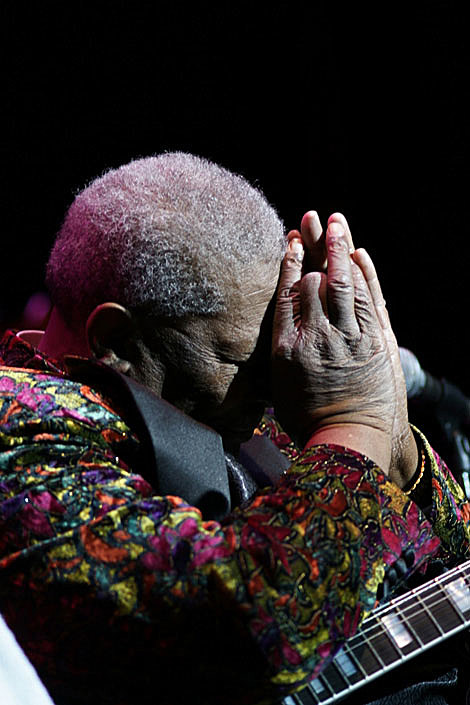 B.B. King is totally embarrassed by his subpar performance in St. Louis recently -- but his rep tells TMZ, he has a good excuse for sucking ... the blues legend was off his meds.

King's April 4th performance at the Peabody Opera House was meandering and stilted, he chatted with the audience more than he sang, people heckled him, and some even walked out. It was bad.

But a rep for B.B. -- who's 88 years old by the way -- tells us, "Mr. King suffers from diabetes -- and he mistakenly missed a dose of his prescribed medication on the show day."

In addition to his high blood sugar problem, King's rep says the singer was exhausted from a 1,600 mile bus trip from Vegas -- adding, "Simply put, it was a bad night for one of America's living blues legends -- and Mr. King apologizes and humbly asks for the understanding of his fans."

Catch B.B. on tour and find out for yourself what one of his performances is like.