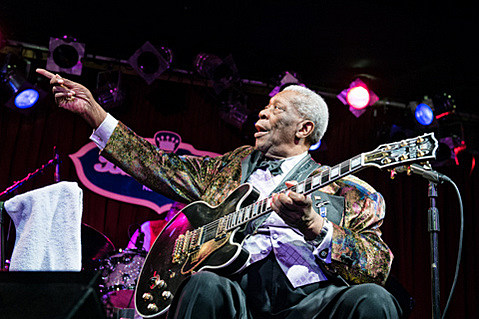 Riley B. King, the legendary guitarist known as B.B. King, whose velvety voice and staccato-picking style brought blues from the margins to the mainstream, died Thursday night.

His daughter, Patty King, said he died in Las Vegas, where he announced two weeks ago that he was in home hospice care after suffering from dehydration. [CNN]

Blues legend BB King had been in and out of the hospital, and had not long ago cancelled a tour due to illness, but as recently as last month he was saying he was feeling better. Now, sadly, the great and forever influential guitarist has died. A post on his Facebook says he passed peacefully in his sleep at 9:40 PM last night (5/14).

Rest in peace BB. You'll be missed and won't be forgotten.

Watch a few live videos below...