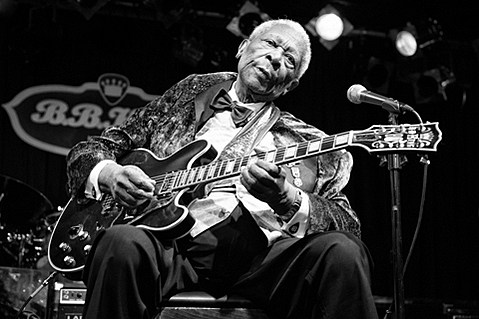 Earlier this month, the legendary blues guitarist BB King passed away at age 89 after being in home hospice care for a few weeks. Now two of BB's daughters, Patty King and Karen Williams, are saying they believe he was poisoned. CNN points to the affidavit they filed which reads:

An initial post on BB's Facebook said that he passed peacefully in his sleep. No investigation had been done at that time. As the CNN story mentions, there has been a power struggle between members of King's family and his management for some time:

Earlier this year, Patty King, Karen Williams and a third daughter, Rita Washington, went to court, accusing Toney -- the business manager -- of elder abuse and neglect. But a judge tossed out the case, for lack of evidence

King's body is now at the Clark County, Nevada's coroner's office and his funeral is still set for this Saturday (5/30).