Chance the Rapper at Lollapalooza 2013 (more by James Richards IV) 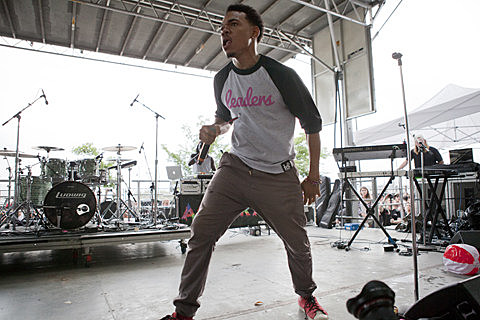 The BBC Sound of 2014 Longlist is in and includes Banks, Chance the Rapper, FKA twigs, Jungle, Kelela, MNEK, Sam Smith, Sampha, Say Lou Lou (formerly Saint Lou Lou), Chloe Howl and more. You might think some of these artists (like Chance the Rapper) already had their breakout year, but the requirements to be nominated are:

The successful acts cannot already be well-known to the UK public, for example through featuring in the final stages of a TV talent show or having already been a member of a successful band.

They must also not have been the lead artist on a UK top 20 single or album before 4 November 2013 - but guest vocalists are eligible.

The winner will be announced on January 10. Last year's winner was Haim.

Full 2014 longlist, along with a BBC video with clips of all of them, below...