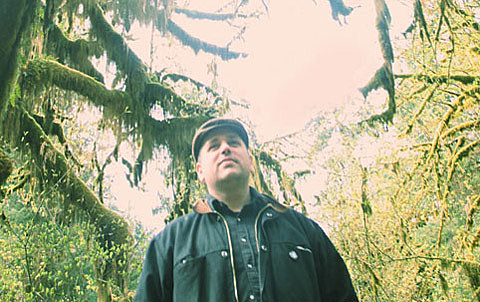 So much shit is coming up for me this year. I am pretty excited. Let's see... By the time anyone reads this, you may know that The King Khan & BBQ Show played a secret (albeit chaotic and disasterous, but FUN) reunion show in Venice, Italy. We are both back to 'normal' and are brothers once more. Expect a new single this fall, I think. We discussed it. Even some Almighty Defenders talk.... Who knows about that one, though. So, ya, I will be playing a few random shows in June in a few US cities and also a couple in Mexico. Two new albums are coming out for me this year on In The Red. The first, 'Whatever I Want', will have 14 songs and come with free download code to side A of my album '$' from last year, which was handled horribly and which I now have back as my own. Maybe people will actually find it when In The Red rereleases the vinyl next year. The second album, 'Whenever I Want', will come out at the end of 2011. It contains 12 songs and has free download codes to side B of '$'. The CD version of it is 14 songs long and will be a mix of stuff from both albums. Guests include: Jared and Cole from Black Lips, Choyce, Erin from The Spits, Danny from The Gories and more! Covers of Ultravox, Four Lords, The Stains, etc..! I'll also be putting songs up online incrementally in the future on my website. Dunno if I'll bother announcing them.
Somewhere in the midst of all of that will be a split 7" on Hozac with Black Lips, as well as a 7" EP on my label! Yes, I have revamped the damn thing - Sultan Records - and will start releasing stuff SOON. First few things: my 7" EP, a Black Lips/ King Khan & The Shrines 7", and hopefully something by Red Mass. Nice! Also this summer, recording a new Dong-Dongs album with Bloodshot Bill, I think. In September, shows in Brazil, Chile and Peru. And then in the Fall, a fullscale US tour, including Alaska and Puerto Rico (hopefully). Lastly, don't forget to get my 'Calloused Hands/Git It' limited, hand screened, coloured vinyl etc 7" OUT NOW here. - Mark Sultan

The above message appeared on Mark Sultan (aka BBQ)'s site in May, and it's great to hear that King Khan and BBQ are (possibly) together again. You remember the big falling out that happened last summer.

BBQ also announed a US mini-tour which includes a NYC date at Knitting Factory on June 24th with Bleeding Knees Club, and Daddy Long Legs. Tickets are on sale. All dates and a video below.

King Khan also has some dates coming up though none on the east coast, unless you cound Bruise Cruise 2012 which sails out of Florida. All of his date also below...