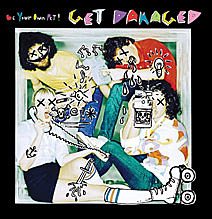 "By now you probably know the story ... days before the release of their sophomore album Get Awkward (Ecstatic Peace / Universal) Be Your Own Pet were informed by the Universal Records higher ups (ya know, the people in suits in the corner office at the top of the building) that three tracks on the album were too violent for the impressionable ears of Be Your Own Pet fans. The band was given the option of recording the tracks without the offending lyrics or taking them off the album. Not wanting to give up artistic control they chose the latter and thus off the album came\"Becky,\" a song about kicking the ass of your former best friend, the nihilistic\"Black Hole\" and\"Blow Yr Mind\" which is about just that.

XL Recordings (Be Your Own Pet\'s label outside of North Amercia) then entered the picture. The indie had no problem releasing Get Awkward as it was given to them and is only too happy to be putting out this Get Damaged EP so America can finally hear the songs that were banned for being too violent.

Get Damaged is currently available via itunes and will be in-stores on June 24." [official PR]

Be Your Own Pet are playing McCarren Pool with Black Keys and Tapes n Tapes on August 7th. Tickets are still on sale. All tour dates below.... 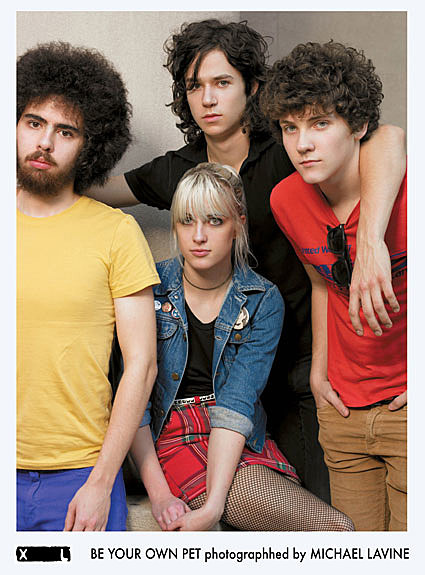