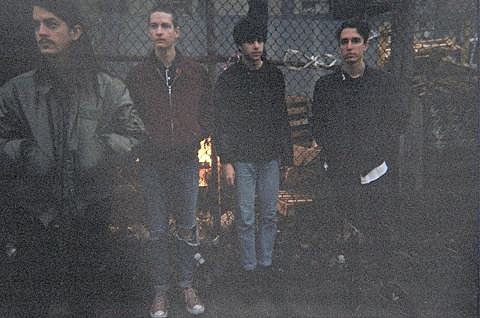 You may remember that Bowery Ballroom announced a Beach Fossils show on February 23 and then soon after pulled it from their website. After the band's New Year's Eve show with Blonde Redhead passed, the show reappeared on Bowery's schedule. No openers have been announced yet, but tickets are on sale. It's the first of a short run of dates for the band, which features an all-new line-up (Zachary Cole Smith of DIIV and John Pena of Heavenly Beat are no longer in the group), and all of which are listed below.

That show will serve as a record release party for Beach Fossils' second album, Clash the Truth, which will be out February 19. You can pre-order the album now, which is available in limited edition red vinyl with a hand-silkscreened sleeve. You can stream "Generation Synthetic," the second track to be released from the album, below.

At Home with Beach Fossils