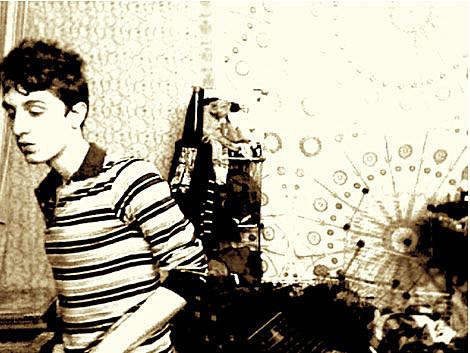 Hope everyone stayed cool this weekend. Before I get into picks for the first part of this week, I'd just like to point out that we've got a remix (a BV exclusive, I'm told) of Blind Man's Colour's "Heavy Cloud Hustle" in the popular MP3 format to download at the very top of this post. The band were in town this weekend and I caught their Saturday night set at Union Hall where I was surprised to see a traditional guitar-bass-drums-keyboard setup for a band whose album, Season Dreaming (out tomorrow 8/18) leans heavily into Animal Collective sound collage territory. They pulled it off pretty well for only have played live for a month, though the band could use a few more peppy songs.

That night's show -- that also included San Diego's Lights On and Philly's Drink Up Buttercup -- was stolen by locals Beach Fossils who've figured out a distinctive sound: two guitarists but neither of them play chords, just single notes that play off each and the bouncy basslines. The band bounces around a lot too; nobody stands still in this band. It's a sound somewhere between the Clean and early R.E.M. and it's hard to dislike. I wish they'd drop the vibrato effects on the vocals which I think are an unnecessary affectation, but otherwise I'm a fan. They haven't put out anything yet, but they've got records out sometime soon on Woodsist and Captured Tracks (not surprisingly they played the festival put on by the same two labels), and you can download an MP3 of their track "Vacation" at the top of this post. They've also got ties to the Underwater Peoples Records who are putting on a show at Market Hotel this Saturday (8/22) that Beach Fossils are playing -- along with every band associated with the label. That includes Ducktails, sister band Real Estate, Air Waves, Fluffy Lumbers and bunch more. The show's only $5 and doors are at 4pm. Full schedule for the show is at the bottom of this post. 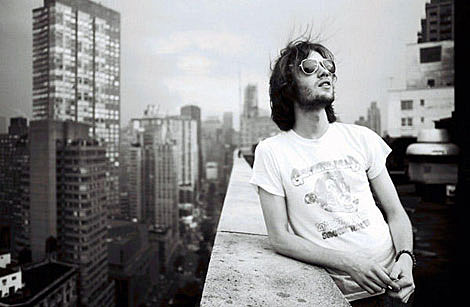 Rewinding a bit, Ambulance LTD play their first shows this week since finally being released from their contract from former, bankrupt label, TVT. I really like their 2004 debut and hopefully we'll get to hear its John Cale-produced follow-up sooner than later, but you can get a taste live this week. The band's show tomorrow night (8/18) at Mercury Lounge is sold out, but you can still get tickets for tonight's show (8/17) at Union Hall. Both shows are with the great Savoir Adore so get there early and be sure to pick up a copy of their debut, In the Wooded Forrest, which is only available at their shows (or digitally) right now. 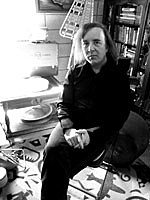 In town for two shows this week is North Carolina indie rock legend Mitch Easter, who plays Southpaw on Tuesday (8/18) and Maxwell's on Thursday (8/20). While he's maybe best known as a producer (the first two R.E.M.'s albums [with Don Dixon], Pavement's Brighten the Corners, Moose's ...XYZ among other things), but Easter has had a long career as a musician, as a part of The Sneakers in the late '70s and frontman/songwriter for Let's Active, easily one of the most underrated bands of the '80s. He's also an incredible guitarist, and Let's Active albums are resplendent with awesome axe-work.

I like everything they ever did but 1986's Big Plans for Everybody is especially great, one of my favorite albums of that decade. Mitch put the kybosh on Let's Active in 1990 and didn't release any original material until last year's Dynamico, an album which showed he still has chops and songs to spare. He opened for the dB's at Bowery Ballroom two years ago where he played most of Let's Active's big songs ("Every Word Means No," "Waters Part," "Fell," "In Little Ways") and has since been touring with his "Let's Active cover band" Gravel Truck that splits the set between classics and new songs. Easter helped shape the sound of the underground in the '80s and '90s, and is absolutely still worth checking out.

Both shows are with Amy Speace whose new album 'The Killer In Me' was engineered by Mitch. 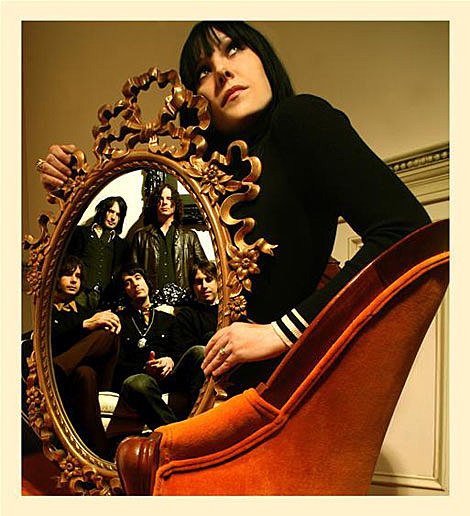 And lastly, Philadelphia's The Asteroid #4 is playing Tuesday night (8/18) at Glasslands in Brooklyn. The band recently toured with The Brian Jonestown Massacre which gives you a good idea of what you can expect, and they're not unlike Philly neighbors (The Sounds of) Kaleidescope... but they're better. Last year's These Flowers of Ours, is pretty ace, a nice blend of The Byrds, Ride and Spiritualized. You can stream the whole thing here and download the album's title track at the top of this post. The Glasslands show is with a couple likeminded bands: Austin's Runaway Sun and Brooklyn's Revival Times.

That's it for now. Tour dates, flyers and videos after the jump...

Let's Active - Every Word Means No 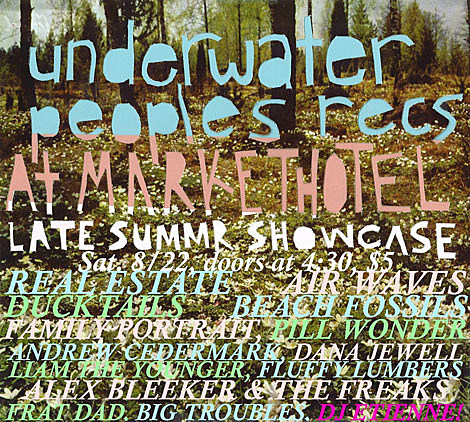