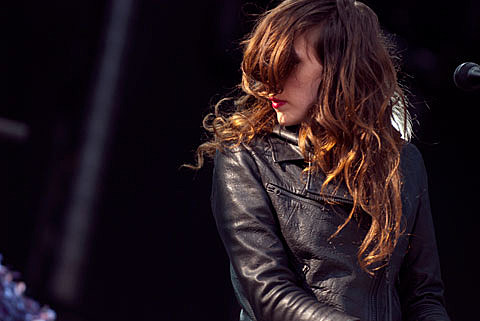 Beach House have announced that they'll release the followup to 2010's excellent Teen Dream this year. The new album is called Bloom and it will be out on May 15 via Sub Pop in the US. It was produced by Chris Coady (Grizzly Bear, Yeah Yeah Yeahs) and in an interview with NME (via FACT), guitarist Alex Scally said it will be "their own Pet Sounds or Disintegration, not in sound, but as something which feels like a definitive statement." Ambitious, but isn't that every indie band's teen dream?

The album's first single, "Myth," is great and is definitely making me look forward to the new album. You can stream that below, along with the album's tracklist.

The band have also announced an international tour in support of the album which will go down this May and June. That tour doesn't include any NYC shows at the moment but after taking a break, the band will make it to NYC to headline Central Park Summerstage on July 23. Tickets for that show go on sale Friday, 3/16 at noon.

All dates, song stream, and album tracklist below...